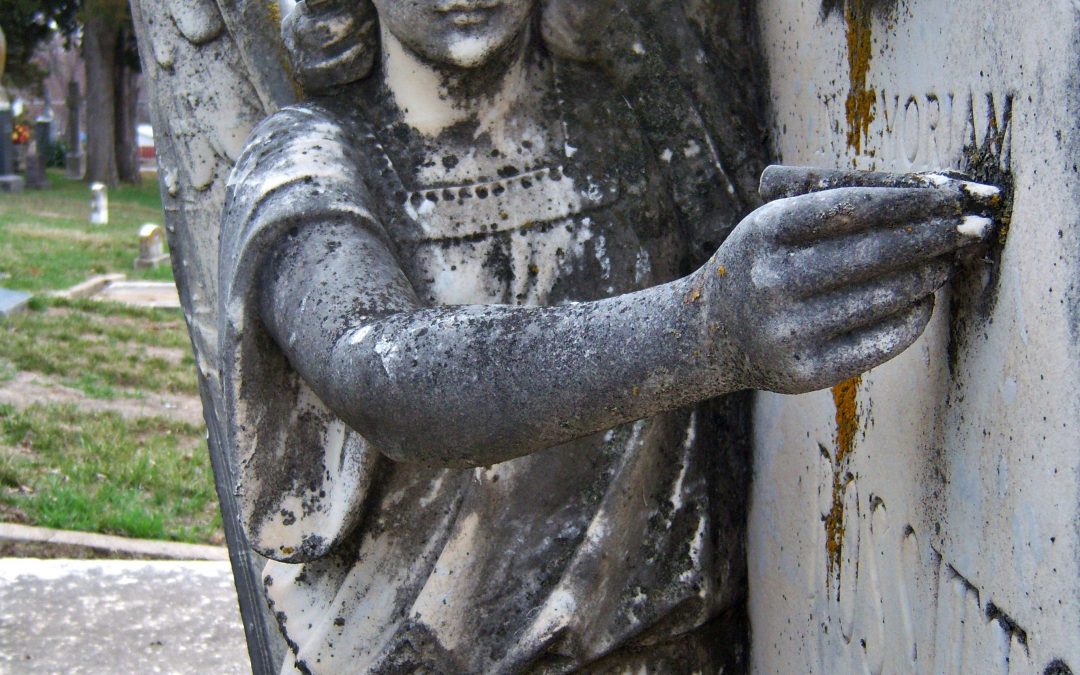 Looking for an historic and spooky spot to visit this fall? The Holy Sepulchre Cemetery, thanks to Restoration Exchange Omaha, was officially added to the National Register of Historic Places. Consecrated in 1873, this Victorian style cemetery showcases multiple cultural and geographical changes in America during the 19th and early 20th century. The cemetery is located on 50th Street between Leavenworth and Howard Streets, and is comprised of 40 acres atop a Midtown hill.

The property is one of Omaha’s most prominent Roman Catholic cemeteries. It is a quality landmark and has retained integrity of style, appearance, location, design, materials, and workmanship.

With a setting and location that has remained relatively undisturbed since its creation, the cemetery is host to over 2,000 stone monuments.  When you visit, note the porcelain photos of the deceased (a trend that was popularized among Italian-Americans) and is still a common practice today. The stone monuments include between one and two hundred carved figures, mainly angels. Also, on the property are eight mausoleums commemorating prominent Omaha families.

Holy Sepulchre Cemetery is historically significant because many important Omahans were laid to rest there. It also contains multiple classic design elements and marks significance for the Catholic clergy. In fact, an entire portion of the cemetery is dedicated solely to church officials and is aptly named, “Priest Circle.” These plots were set aside specifically for members of Omaha’s Roman Catholic clergy, along with a plot for the Order of St. Francis.

This historic property is easily navigated. Several roads delineate each section of the graveyard; and mature trees provide shade for guests coming to visit their dearly departed. An imposing front entrance on Leavenworth Street is marked by two large pillars which depict renderings of Jesus’ ascension into Heaven. While the drives and structures are made from stone and concrete, the cemetery’s dramatic features are typical of the 19th and early 20th century. Some examples of this style include the use of classic terra cotta, granite, and marble for grave markers.

Holy Sepulchre Cemetery is an example of a “19th century rural cemetery”, meaning the location provided a patch of green for those living within the city limits. Often used as parks, older cemeteries provided space to visit the dead and to enjoy afternoon picnics.

While there is no official record of a formal landscape architect or designer as far as we know, each design element is maintained by various family members of the deceased. A managing board organized the grounds and divided the property into sections with a combination of straight and curved roads, allowing visitors to pass through the cemetery without disturbing the dead.

When you visit Holy Sepulchre Cemetery, keep your eyes open for “tree” monuments sprinkled across the vast property. These symbols were commonly used during the 19th century to symbolize a life cut short.  Take time to find the “Woodmen of the World,” a monument erected by the famous Omaha insurance company.

Do you dare brave the cemetery after dark? Click here to visit the cemetery website and learn more about the burial grounds.