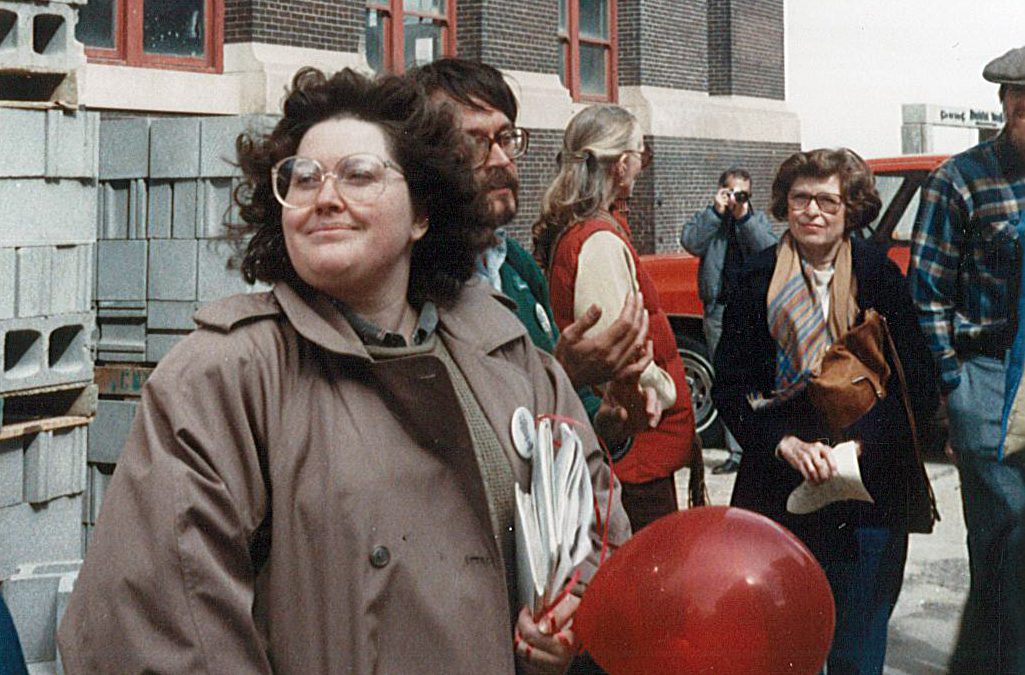 Cynthia Sue Tooker, AIA, passed away suddenly on October 28, 2018.  This Tribute is to Cindy’s life and dedication to the Omaha Preservation Community, she will be greatly missed.

Cindy was born on August 18, 1955 in Genoa, Nebraska.  Her family soon moved to Silver Creek, Nebraska where she grew up on the family farm.  Cindy was the youngest of four children and from the stories recounted at her Celebration of Life she made her place in the world as a caring, loving, talented, witty and funny sister, aunt and friend.  After graduating high school in Silver Creek, Cindy moved to Lincoln to attend the University of Nebraska in pursuit of an Interior Design Degree, which she obtained in 1977.  Her passion for design grew and she pursued a Master of Architecture degree from Kansas State University.  Her thesis project was completed in 1985 and focused on Barn Types of Lincoln County, Kansas/Their spatial Distribution and Variation of Form.  This topic furthered her interest in Historic Preservation.  In fact, at last year’s Nebraska State Historic Preservation Conference (previously called the Restore Omaha Conference) Cindy gave her beloved session on American Barn Styles. 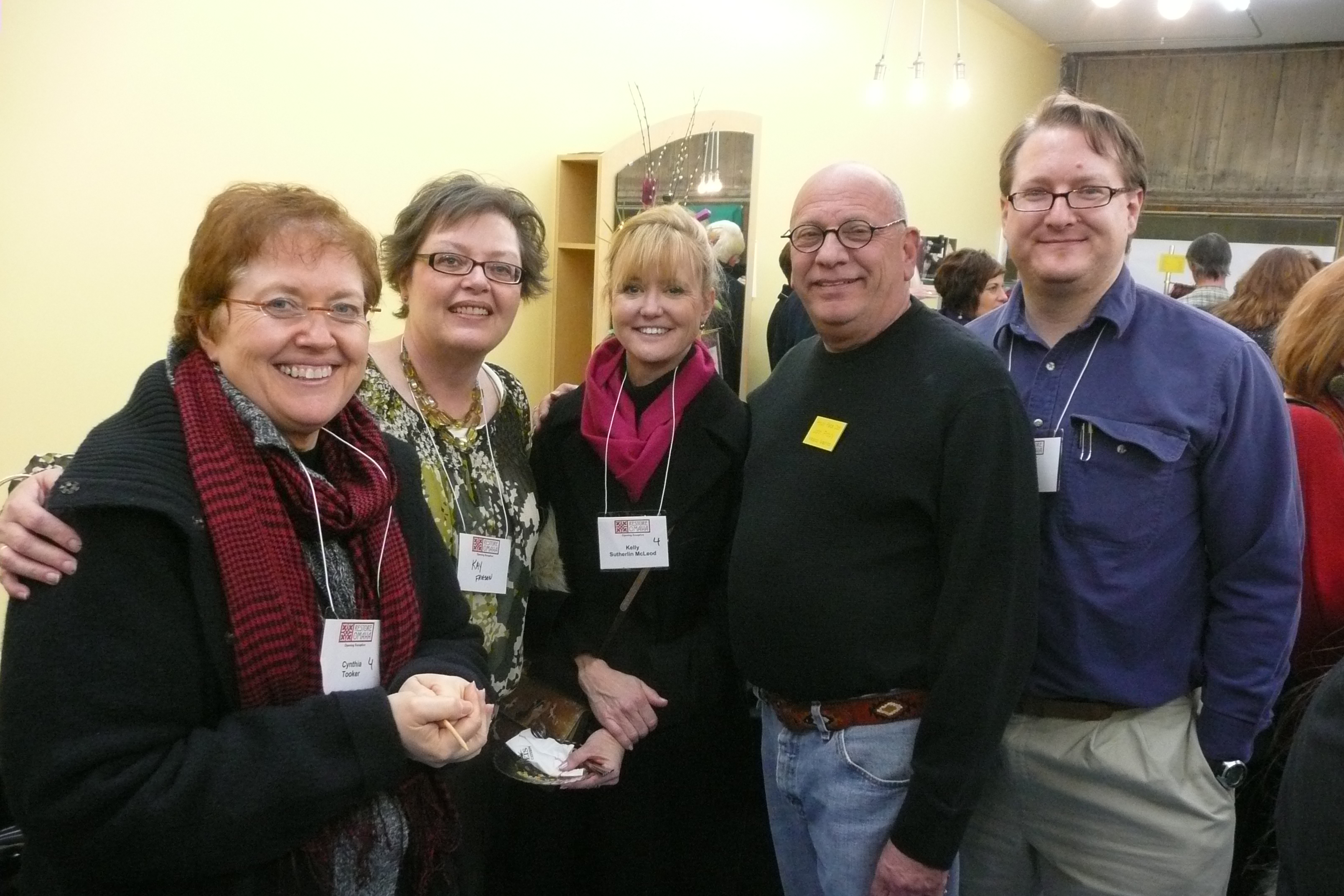 After college Cindy spent a few years in Kansas and then moved to Omaha to work for Zenon Beringer and Mabrey (now BCDM).  During her years at this firm, Omaha was desperate for new Urban Core development.  The City of Omaha, Corporations the city was courting, and the City Planning department set its eyes on the National Landmark District Jobbers Canyon (multiple blocks approximately 10th Street to the river and from Farnam to Pacific Streets) for dramatic changes.  According to the president of the National Trust for Historic Preservation at the time, “The Jobbers Canyon warehouse district, to the best of my knowledge, is certainly one of the Middle West’s or the nation’s finest collection of these sorts of buildings.” But not everyone saw the old buildings as an asset.

A group of activist volunteers calling themselves People for Responsible Omaha Urban Development (PROUD), along with the National Trust for Historic Preservation, sued the Interstate Commerce Commission, the National Park Service and the Army Corps of Engineers in order to stop the Jobbers Canyon demolition. Cindy and many other preservationists poured their energy and hearts into saving these historic structures.  Months of walking tours, protests and pressure from these groups finally generated a legal trial.  Hearings began in May of 1988 and lasted a year.  Unfortunately, in the end, 22 buildings in the National Register-listed historic district were demolished, it remains the largest collection of registered buildings demolished in our Nation’s history.  ConAgra’s campus was built and completed on that site in 1992.

For many this demolition was and still is soul crushing, but Cindy continued with her passion for preservation and Omaha history. 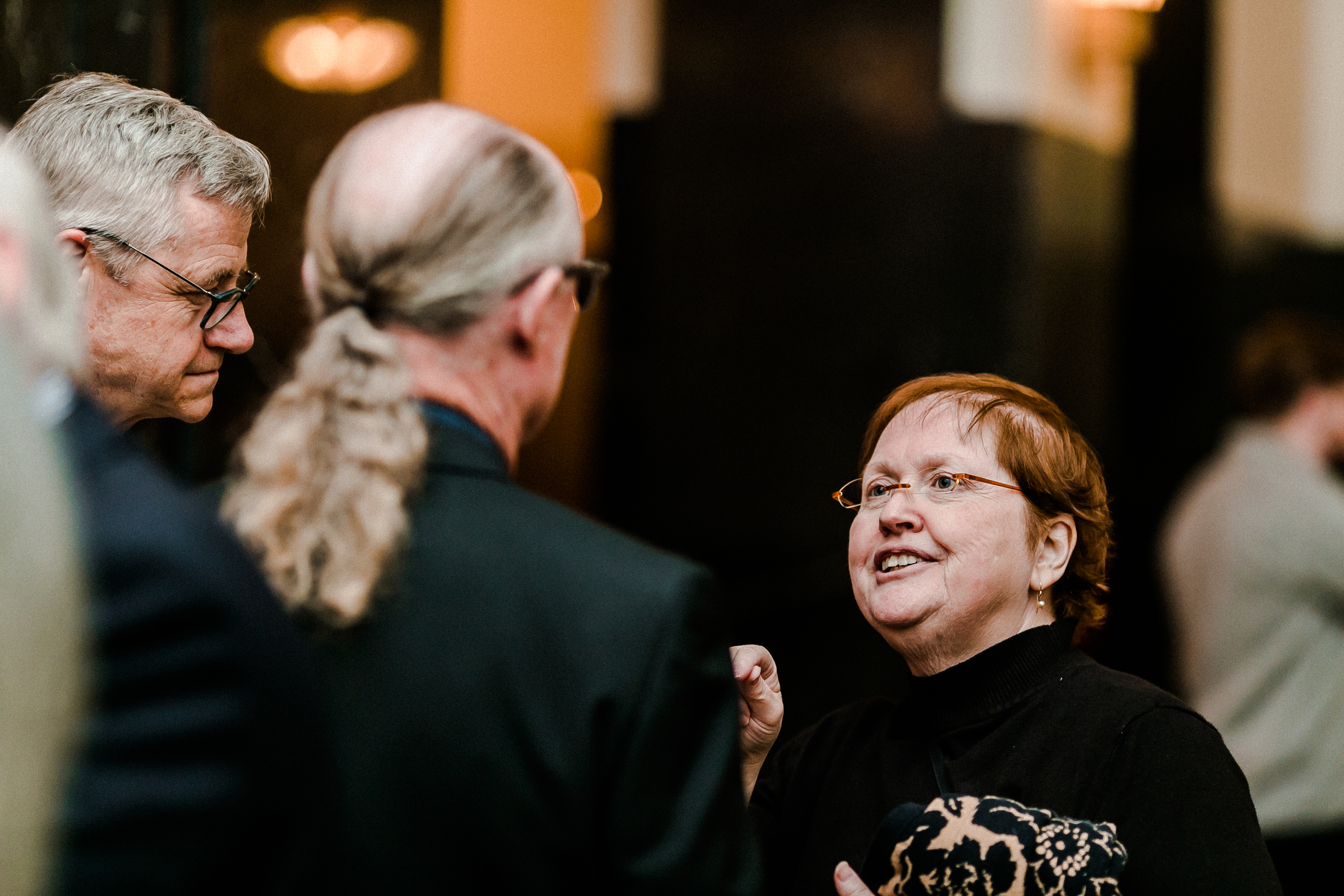 In 1996 Cindy started work for Richard D. Nelson Co., then began her long tenure at Leo A. Daly in 1999.  In 1997, Cindy became one of very few licensed women architects in the state of Nebraska.  This small group of ladies would gather at the Bombay Bicycle Club on Dodge Street.  Their meetings became a precursor to the now organized Nebraska Women in Architecture group that Cindy was still an active member of.  She mentored many women architects over the years. Barbara Ingram from Rare Bird Innovations said during her celebration of life, …“Cindy was my biggest critic and my biggest supporter.”  This was Cindy: honest, critical and always promoting the next generation and the profession. 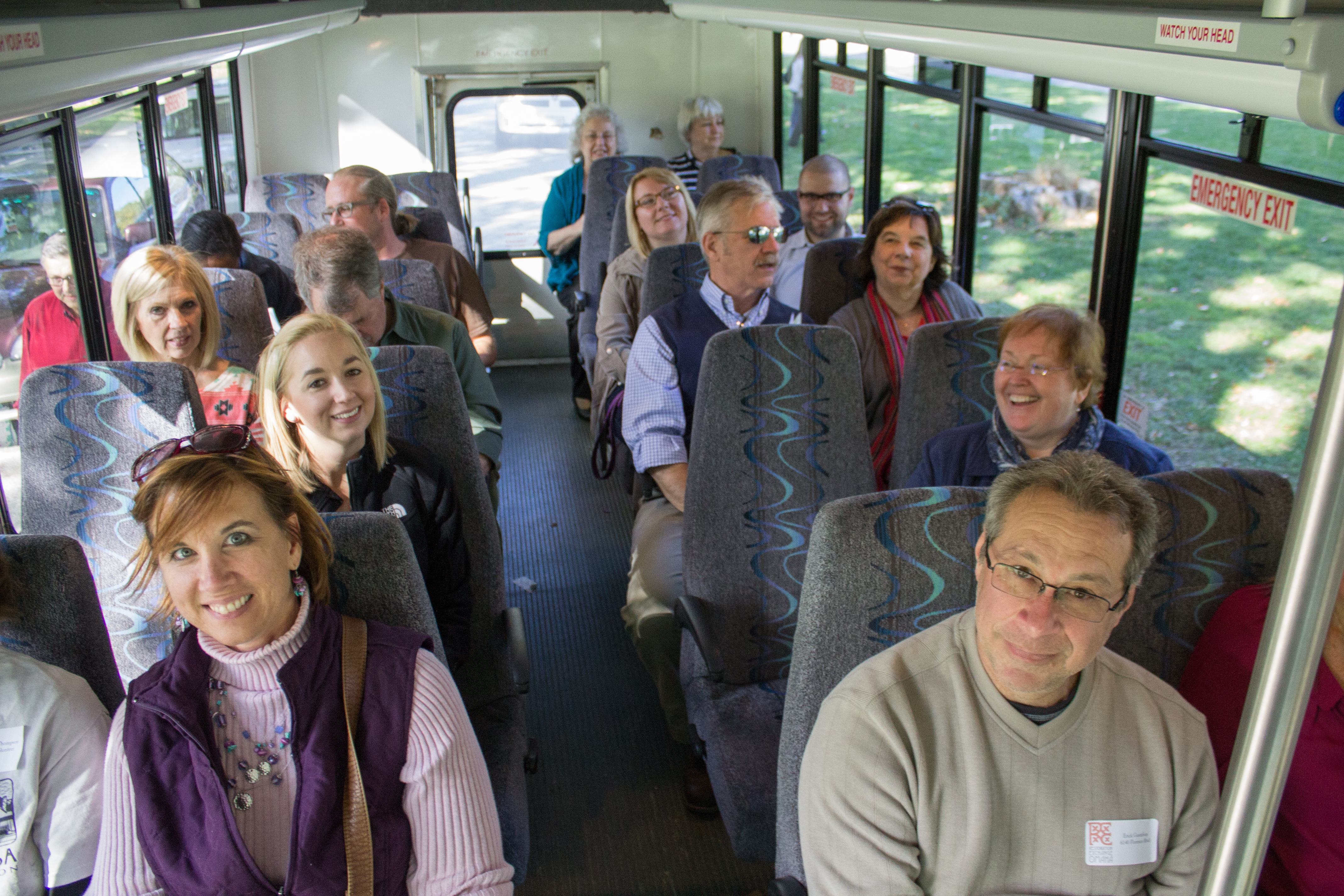 Cindy was also an assistant professor for an accredited UNL interior design program, where she taught interior design and architectural students in the following courses: Historic Preservation of Interiors, Contract Interior Design Studios, and Professional Practice.

In the early 2000’s Cindy helped form two preservation organizations in Omaha.  The 2020 Omaha Preservation Network started as a volunteer group landmarking historic neon and focusing on those soon to be historic Mid-Century modern structures. The group formed its 501(c) (3) status in 2006. In 2005 Cindy played a key role in the formation and planning of the first Restore Omaha Conference.  This conference was so well organized, and the national speaker list was so engaging that it is the reason I volunteer with the organization as we know it today, Restoration Exchange Omaha (REO).

Throughout the years of the Restore Omaha Conference, Cindy solicited and organized the speaker line up.  She was the first one to volunteer for speaker pick-ups at the airport as well as tours of our beautiful city.  She was the most reliable volunteer when it came to transporting speakers to and from conference areas on Saturday mornings and always the last to take them back on their way. 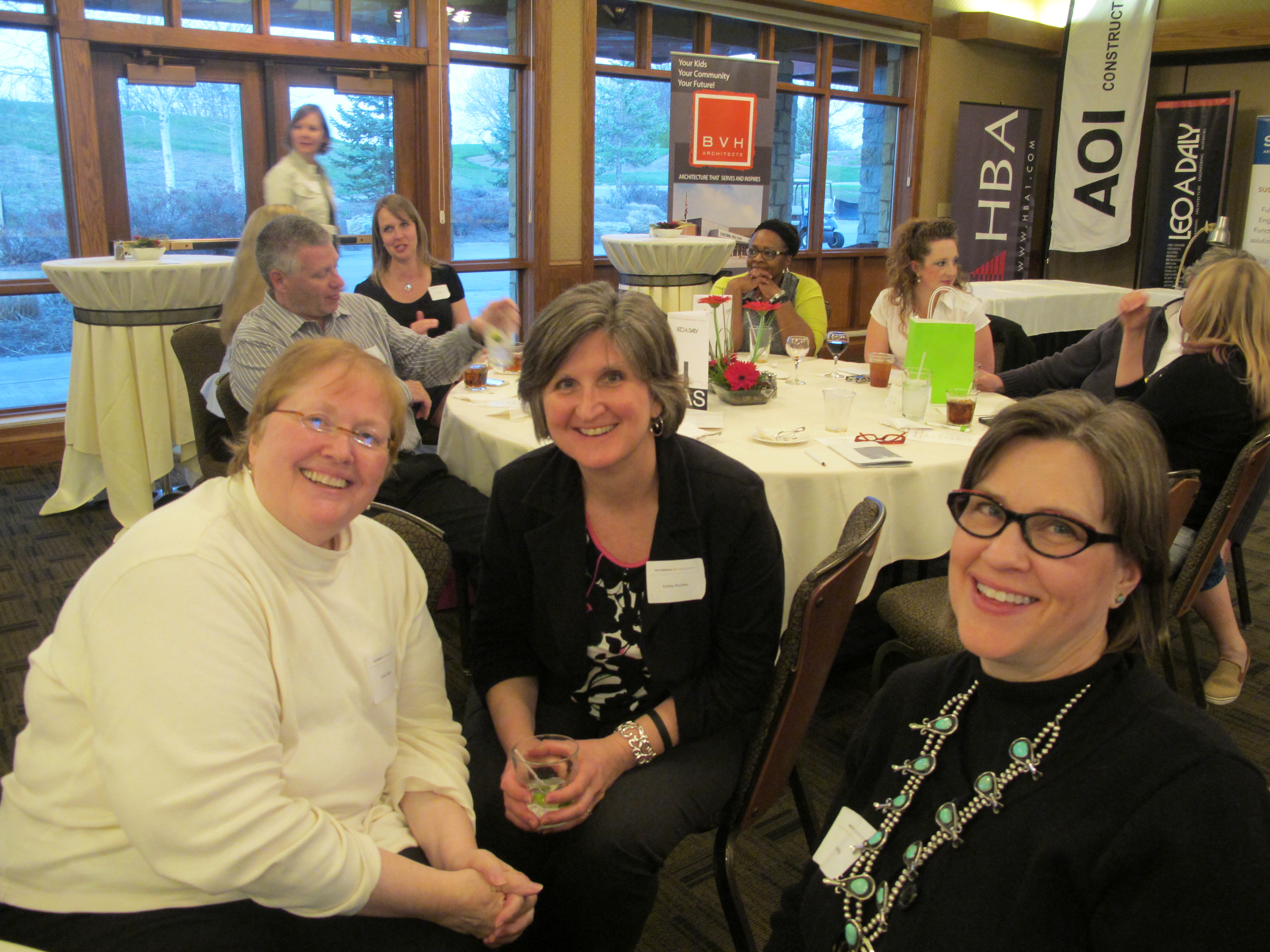 Cindy was a constant force in educating the public in the true definitions of Preservation, Restoration and Rehabilitation.  She was adamant about this and about the authenticity that preservation entails.  She was a supporter of the organization merger in 2013 which created REO. In recent years she stepped back from volunteer work but her passion for Omaha architecture and the preservation community was endless.

Cindy most recently was on the University of Nebraska-Lincoln College of Architecture Friends Association Board (CAFA) and was about to embark on her next adventure as an architect at the Nebraska State Capital.  Can you even image Cindy running around there, stopping to say hello to everyone with her little head tilt and tiny glasses?

I think Julie Reilly, fellow 2020 Omaha and Restore Omaha founder said it best, “She was a very, very good friend. And I don’t mean she was my good friend, even though she was one of my best friends in Omaha. I mean that she was really good at being your friend.” Cindy had many loves: her family, especially her nieces and nephews, her 1934 craftsman bungalow, her work family, her friends and her preservation memories.  She was a true original and anyone who was in contact with her will miss her greatly. 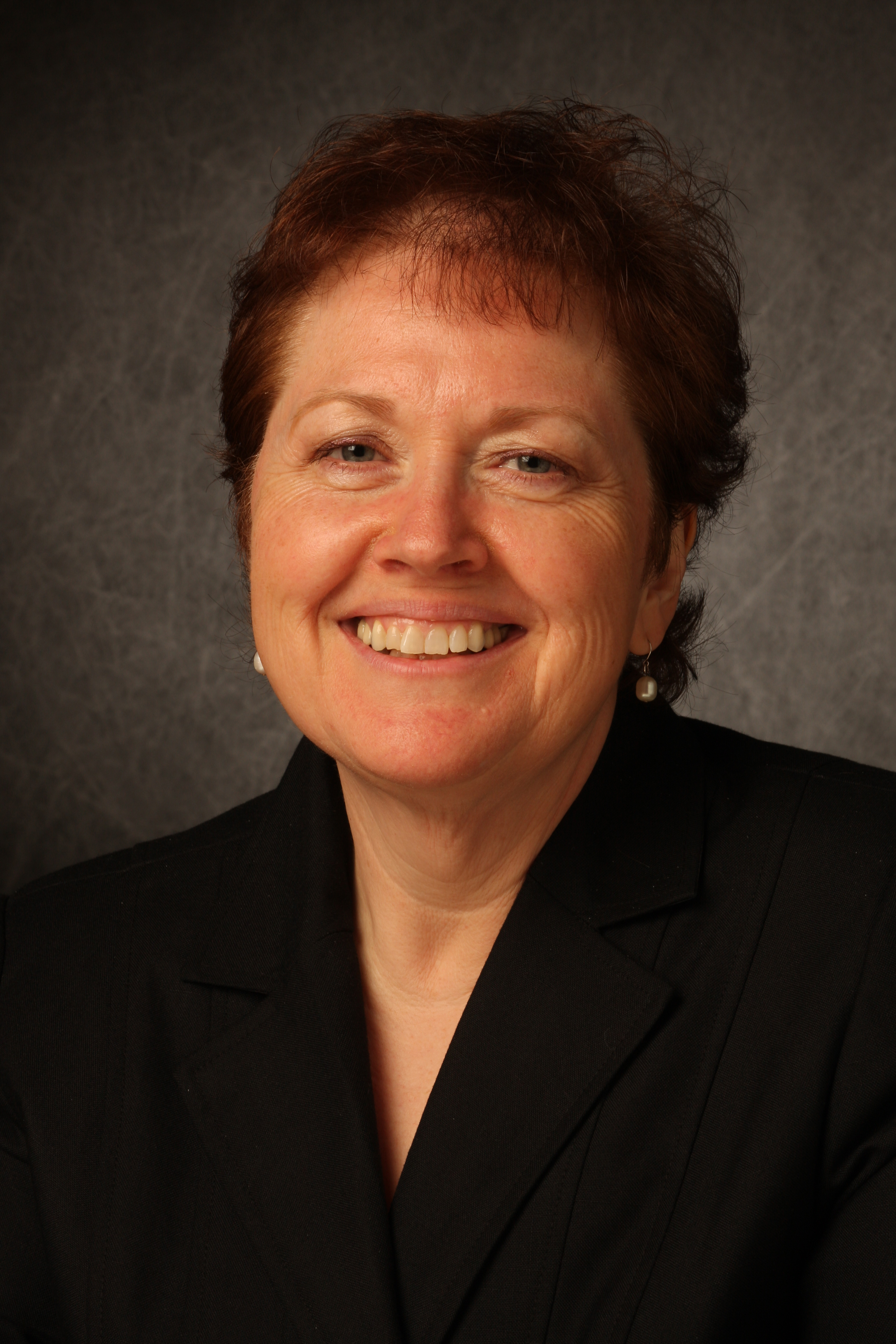 For those who would like to reminisce about Cindy and past preservations efforts in Omaha, we will be meeting at Pageturners Lounge, 5004 Dodge Street, on Monday, December 3rd at 5 p.m. to give her a final Toast!

Cheers to you Cindy!