2018 Heart Bombing a Wake Up Call for REO Volunteer 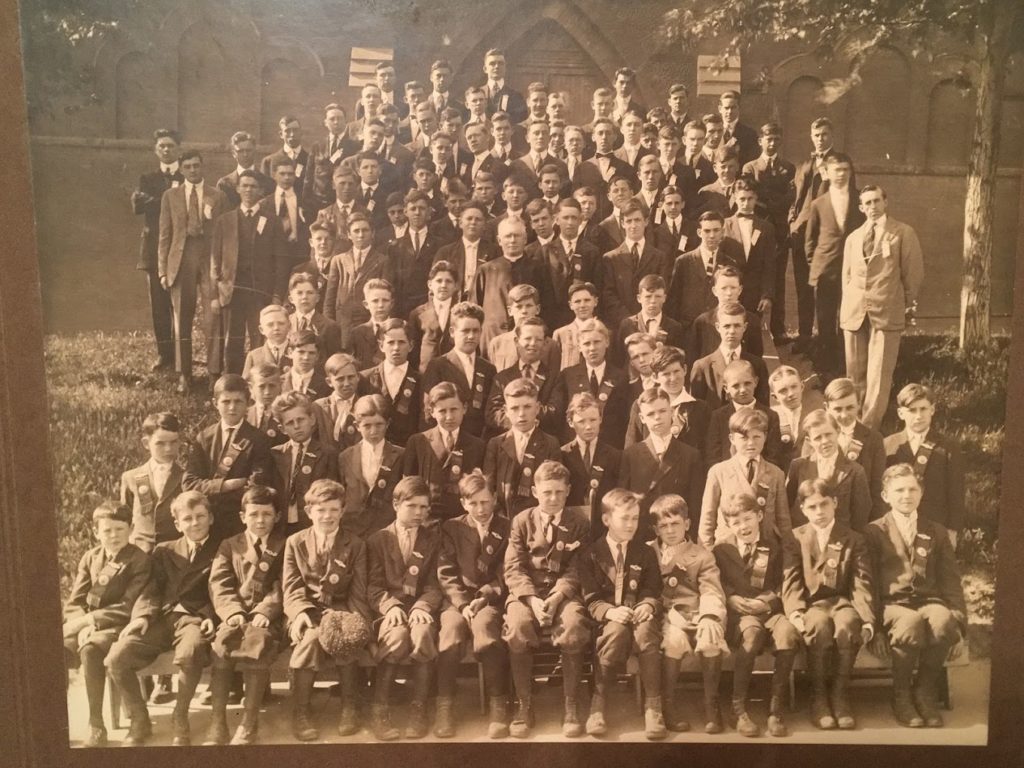 Old buildings have stories to tell. Some of them are painful, others are personal. 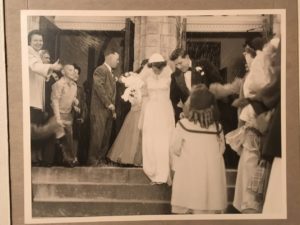 The bride and groom on the church steps following the wedding.

Just ask Marianna Foral, a Restoration Exchange volunteer who participated in the organization’s Feb. 17 heart-bombing event in South Omaha. St. Agnes Church, one of five sites that received messages of support in the shape of valentines during the event, is intertwined with Foral’s family memories.

Her great-grandfather, Earl Sullivan, was baptized there in 1905 and attended the parish school. Her grandmother, Mary Foral, attended St. Agnes School and got married in the church. It was the place to be on Sundays, school days and special days of celebration associated with the Catholic faith.

Construction of the stone-faced structure at 23rd and Q started in 1888. It was dedicated in March of 1889 and was the largest church in Nebraska at the time. In 1968, Fr. William Kleffman became the pastor at St. Agnes and oversaw the renovation of the church, rectory and convent as well as the enlargement of the parking lots. Shortly after he retired in 1997, Fr. Kleffman was found bludgeoned to death inside the rectory. This unsolved crime remains the only slaying of a Catholic priest in Omaha. St. Agnes merged with Our Lady of Guadalupe Church later that year.

“Heart bombing the church was really difficult, and I teared up a little that day – especially because I knew there was a developer who was planning to tear it down,” Foral said. “I wish I had said or done something earlier to keep it on people’s radar and at least put up a fight to consider other options.”

Foral said she’s watched the building and its congregation decline for as long as she’s been alive and is disappointed in herself, the immediate community surrounding St. Agnes and the archdiocese for allowing it to happen. “An article about the building’s demise quoted someone as saying the outcome was inevitable. My family has echoed similar sentiments, thinking it was inevitable and there wasn’t anything they could do. But it’s not inevitable. So this was a wake up call for me. I hope it is for others, too.”

Omaha’s churches feature some of the best architecture in the city, said Kristine Gerber, outgoing executive director of Restoration Exchange. “Instead of tearing down these places, we should be looking at new uses,” Gerber noted. “Other cities have turned their churches into book stores, co-working spaces, homes, event spaces, nonprofit spaces and brew pubs. We as a city need to look at how we can maintain these places that are architecturally significant, are neighborhood landmarks and hold so many memories for people.”

Take a look at examples of repurposed churches here.

Take a look at our photo book of the event.

Got ideas for buildings that should be heart bombed next year before it’s too late for them? Let us know at contact@restorationexchange.org. 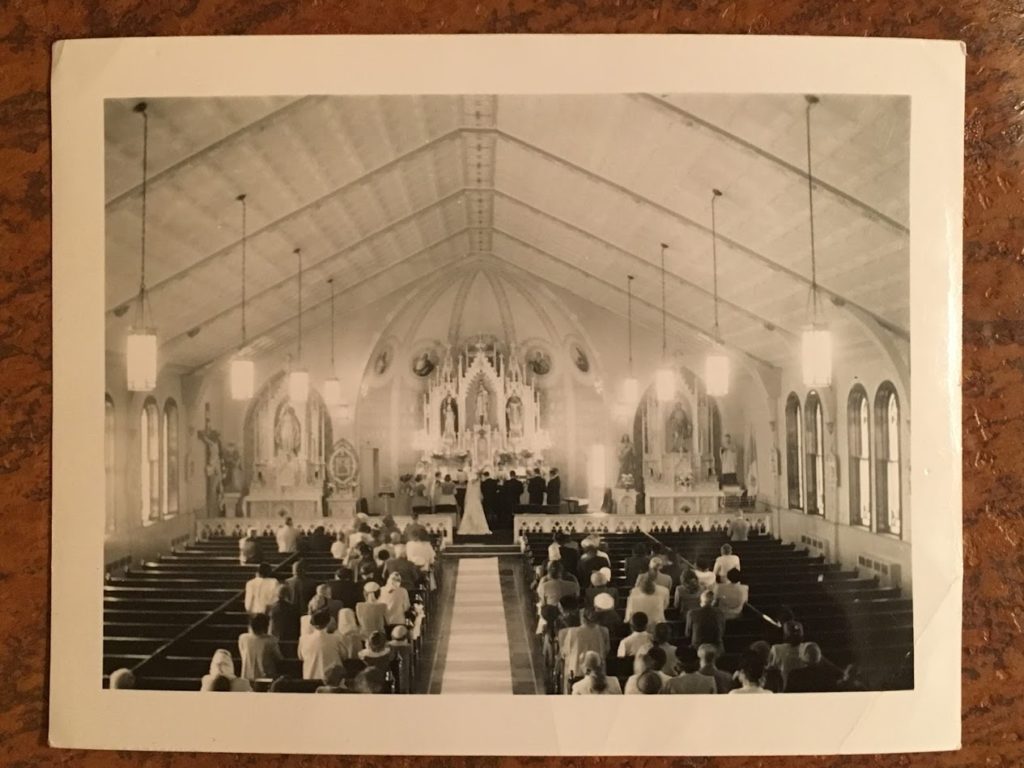