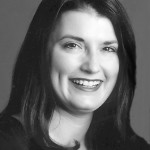 Kristine Gerber, the founding director of Restoration Exchange Omaha (REO), is leaving her post in early March to become the Omaha World-Herald’s book editor. Laura Shiffermiller, a nonprofit consultant and member of the REO Board of Directors, will serve as interim executive director until a permanent replacement has been hired.

“Restoration Exchange Omaha was privileged to have Kristine as we went from fledgling nonprofit to the leading preservation organization in the region over the last five years,” said Adam Andrews, president of the REO Board of Directors. “Her knowledge and passion cannot be understated and has been instrumental to our continued growth and success. We wish her all the best in her next endeavor.”

Gerber was named REO’s first executive director in 2013. She oversees an 11-member board of directors and is responsible for administration, fundraising, advocacy, marketing, programming, event planning and volunteer management.

During Gerber’s tenure, REO has:

REO’s work has been recognized with awards from the Nebraska Chapter of the Public Relations Society of America, Downtown Omaha Inc., the Nebraska State Historical Society, Nebraska Main Streets and the City of Omaha. Hundreds of local media stories and several national publications have highlighted REO’s efforts to educate and motivate the community to restore and preserve its built environment.

“I am so proud of the work we have done to create a preservation force in Omaha,” Gerber said. “I know I leave this organization in good hands and will continue to be a preservation supporter and, through my work at the World-Herald, uncover the stories of Omaha and its historic places.”

For more information about the executive director search, contact Andrews at aandrews@alleypoyner.com.