Editor’s Note: Restoration Exchange’s 2016-17 Annual Report is now available online. 2017-18 Board President Adam Andrews summarizes the group’s accomplishments in the letter below. Give it a read, then consider a donation to help the progress continue in 2018! 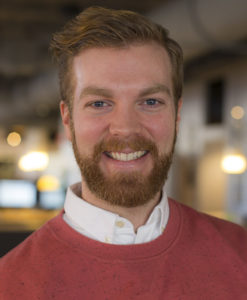 Preservation is changing, and we love it.

In 2016-2017, we noticed a tremendous spike in Omahans interested in changing their city by keeping things the same, that is to say, influencing its future while preserving its architectural past. This community driven, grassroots attitude toward preservation thrills us. As president of the Restoration Exchange Omaha (REO) Board of Directors, I would like to express my gratitude and congratulations to all of you for this shift in our collective purpose.

The national trend of refocusing on neighborhood identity and community character is clearly alive and well in Omaha. It’s the driving force behind some of REO’s successes and achievements over the last year. All over our city, we are seeing renewed interest in preserving our architectural and cultural heritage as we continue to grow and thrive.

With seven National Register and local landmark nominations written and approved this past year (with more in the works), hardly an area of town was left untouched.

Our success isn’t just counted in landmarks, though. We measure success in engagement as well. REO’s membership and volunteer numbers continues to grow, and hundreds of you gave to our online campaigns to fund our programming and initiatives, for which we are grateful. This helped more than 900 people discover the historic Aksarben neighborhood during our fall historic neighborhood tour, and 294 people attend the 12th Restore Omaha Conference!

Preservation is changing. What we’re experiencing now is not the preservation movement of the past ‐ this is a vision focused on the future. It’s more inclusive, more creative and more important than ever. Let’s continue to work together to improve our city. I’m excited to have you along for the ride.