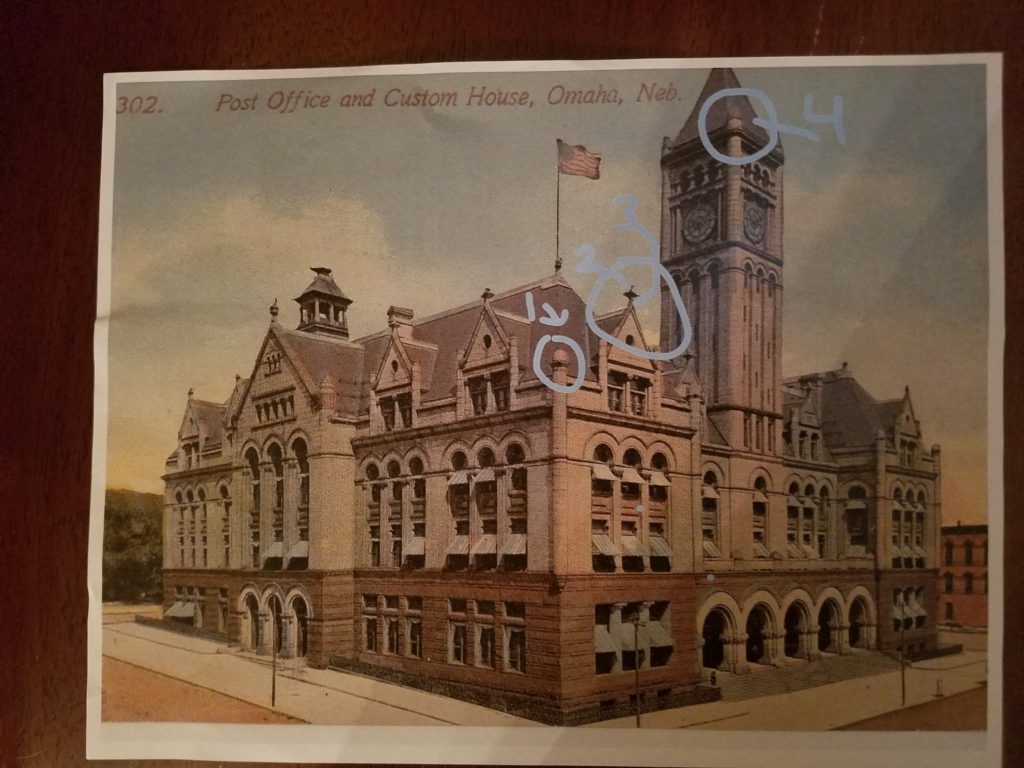 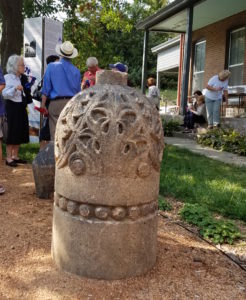 As part of the garden’s dedication ceremonies, Restoration Exchange Executive Director Kristine Gerber and George Haecker, AIA, shared the history of the post office and the start of the preservation movement in Omaha with the large crowd gathered for the event.

The post office was demolished in 1966, and First National Bank built an office tower and adjoining high-rise Hilton Hotel complex on the 16th and Dodge streets site. Pieces from the building were saved and stored in the basement of the Hilton. Before the Hilton became a Red Lion in 1980, the architectural pieces were moved to DCHS property for safe keeping.

The duo also showed an eight-minute video that tells the history of the post office. Produced by Landmarks Inc. in 1985, it also covers what led to the building’s destruction and shows rarely seen interior images. To view the video, visit Restoration Exchange’s YouTube channel at https://www.youtube.com/watch?v=4zjXweP4P9g&t=45s. 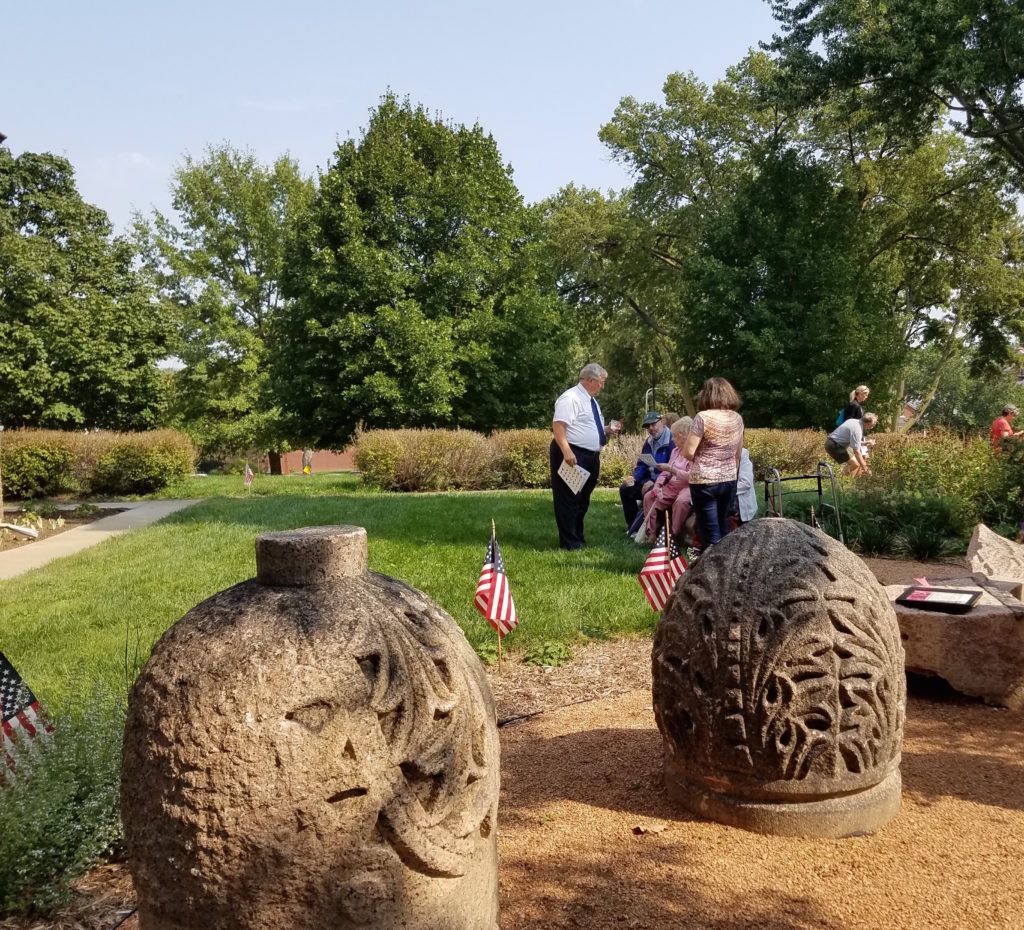