Summer’s here. Time to hit the open road for a mini-vacation. Looking for ideas? Here are three easy day or weekend trips from Omaha any preservationist would love – Steinhauer, Neb., and Manning and Elkhorn, Iowa. 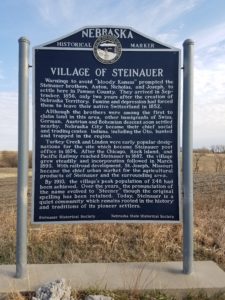 According to the village’s website, Steinauer (which most locals pronounce “Steener”) is named for Anton, Nicholas and Joseph Steinauer – three brothers who immigrated from Switzerland and settled in the area in 1856. After additional settlers made the village their home, a post office was established in 1874, and the community was officially named Steinauer the same year. In 1910, Steinauer reached its peak population of 248. At that time, the village included a bank, post office, saloon, lumber yard, hotel, tin shop, shoe repair shop, furniture store, telephone office and livery stable, along with two grocery stores, two blacksmith shops and two hardware stores.

Terry Wagner and Andrew Manhart, great, great-grandchildren of Joseph Steinauer, were my guides recently on a tour of the village. The organized tour was inspired by the interactive South 24th Street Tour Restoration Exchange offers that they both attended last year. They are excited to offer the tour to the thousands of visitors expected during the Solar Eclipse weekend August 19 through August 21. Steinauer is in the direct path, offering total darkness for 2 minutes and 37 seconds. (See details below.)

What I discovered on my personal tour was a small town that has rediscovered itself through the preservation of its historic buildings. The highlights: 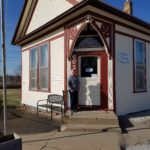 Heritage House is Steinauer’s original post office and bank. Built in 1874 by Joseph Steinauer, it has been restored to hold the town’s history and is the first place alumni stop when they are in town. 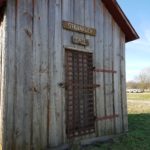 The Jailhouse, located next to Heritage House, was reportedly used only once for someone to “sleep it off” after a night of drinking. It was moved to a farm and used as a granary before being moved back to its original location in 1977. Notice the use of 2×4s laid on top of each other to construct the walls. 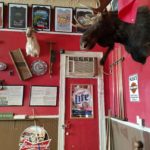 Willard’s Bar was built by Anton Sacher in 1900. Not much has changed – the original walnut bar and tin ceiling are intact, as is a vintage mirror and liquor cabinet. Today, it’s a community gathering place where the locals play cards and enjoy a cold one. 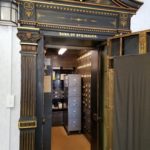 The Bank of Steinauer was moved to its current location in 1894. Inside, the original vault and oak counters are intact. The bank charter remains on display in its original frame. The ownership of the bank has remained in the Steinauer family for five generations. 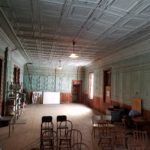 The original Opera House was located on the upper floor of the Bank of Steinauer. It was officially listed in the National Registry of Historic Places in 1998. The tin roof is original as well as the pressed tin on the walls. Unique graffiti is still visible on the walls as well as playbills from past productions. 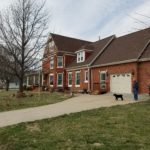 The Steinauer Family Home was built in 1902 by Nicholas A. Steinauer, a banker, postmaster, Nebraska Congressman and landowner. The great-grandson of Nicholas currently lives here and has preserved many of the home’s original features. 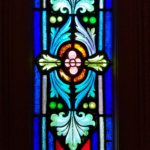 St. Anthony’s Catholic Church was built in 1927. It’s considered one of the most splendid in the Lincoln Diocese and serves all of Pawnee County. In June 2010 when it was time to redo the plaster, they decided to restore the church to what it looked like originally. That meant finding a similar altar from the town of Western, Neb., and remaking the original marble communion railing. Note the stain glass windows and pipe organ. 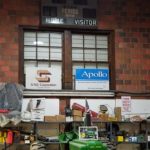 The Catholic School and Convent, built in 1932, was home to four Benedictine sisters until the school closed in 1970. It was vacant until 1993 when a dedicated group of volunteers from St. Anthony’s Church saw its potential. The result is the Convent House Bed & Breakfast, which includes event space with a commercial kitchen. It’s a great place for a quiet getaway or family gathering! 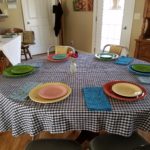 Plan your trip to have lunch at Jeannie’s Place in nearby Lewiston, Neb. Jeannie’s is a home-style cafe that specializes in made-from-scratch “farm fare.” The proprietor, a former music teacher, serves meals family style in a charmingly eclectic dining room. A grand piano graces the room, and a working wood stove provides a warm welcome in winter months. There’s always plenty of good food at Jeannie’s, including a selection of her mouthwatering homemade pies. Call ahead and let her know you are coming.

Click here to learn more about these places, and schedule a visit soon!

Stargazing – Free!
DATE: Aug: 19, 5:00 to 11:00pm
LOCATION 1: Field just south of Steinauer Community Heritage House
LOCATION 2: Green space just north of the Fire Hall
Set up your blankets and/or chairs by 8:00pm. Sunset is at 8:15:/8:21pm (no vehicles are allowed in viewing the areas). The street lights will be off to ensure the best night sky viewing. Food will be available at the Knights of Columbus Hall from 5:00 to 7:00pm. At 8:00pm, John Johnson, outreach coordinator for the Omaha Astronomical Society, will talk about the night sky. Signs will indicate available free parking.

Solar Eclipse Viewing – $20 per person
DATE: Aug. 21
LOCATION: Southwest corner of 2nd & Main and south of Heritage House, which is on the northwest corner of 618th Avenue and 2nd Street
CONTACT: Terry Wagner at 402.812.0388
Ticket includes viewing space, parking, restrooms, eyewear and designated telescope areas.You can purchase lunch in the air-conditioned Knights of Columbus Hall nearby (not included in the ticket price). Bring a chair or blanket for seating (unless you’re able to stand for long periods). Arrive at site by 10:00am for optimum viewing. Click here for more information and to purchase tickets. 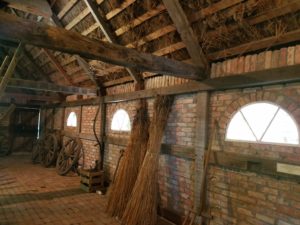 Three decades ago, the Manning Community Foundation formed to preserve the German-American culture in Manning. The community of 1,500 people was founded in 1881 by immigrants from the Schleswig-Holstein area of northwest Germany. The foundation manages Manning Heritage Park.

The focal point of the park is the authentic German Hausbarn. Constructed in the village of Offenseth in Schleswig-Holstein, Germany, in 1660, it was dismantled, shipped to the United States and reconstructed at the site by German and American craftsmen in the 1990s. The Hausbarn highlights the original family living quarters (bedrooms and sitting, dining and cooking areas) and the livestock, farm equipment and feed areas all on the same floor. You can see and touch its thatch roof and admire the brickwork and wooden timbers of the expansive place.

A short walk away is the nationally registered Leet-Hassler Farmstead. The farm was built in 1915 and features a Craftsman-style bungalow home, carriage house, braced-rafter gambrel roofed barn and several other outbuildings.

The historic Trinity Church served the rural area for 125 years. In 2006, the congregation decided that the church could no longer financially survive. Rather than sell or dismantle it, they moved the church 11 miles to the park, where it complements the other cultural landmarks and allows visitors to tour the church. After raising $100,000 for the relocation, the church was transported over four hours to its new location.

The Konferenz Centre boasts a large hall, tavern and restaurant dining room, plus a gift shop filled with German souvenirs and treats. Attractions are open May through October. For more information visit germanhausbarn.com. 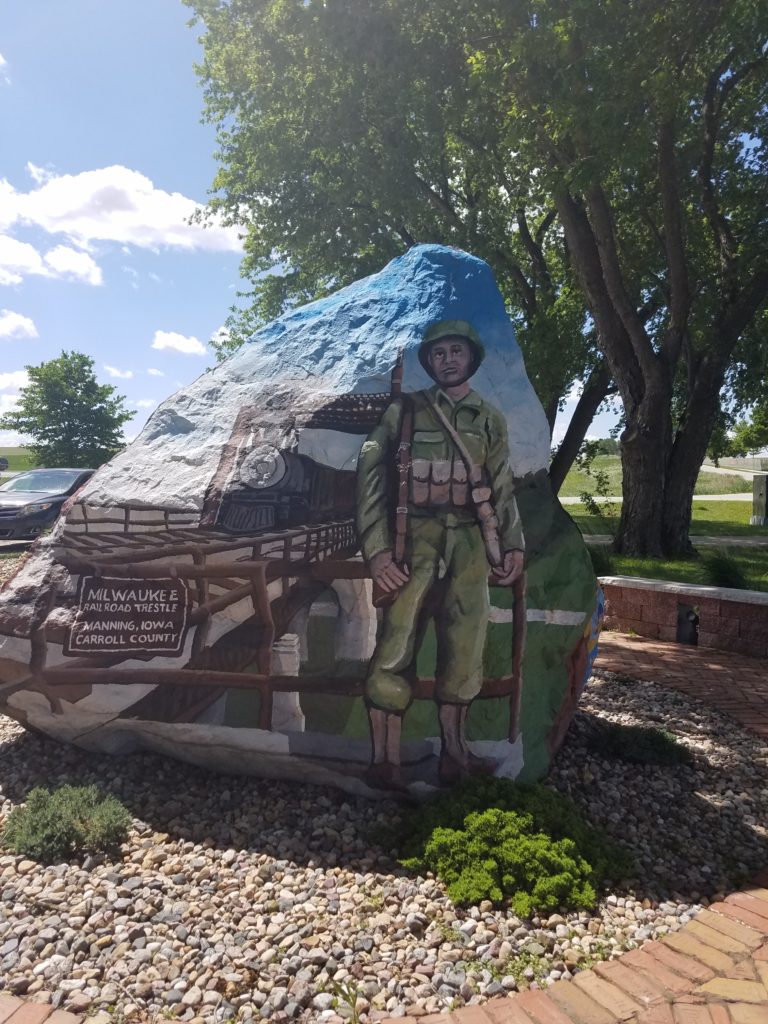 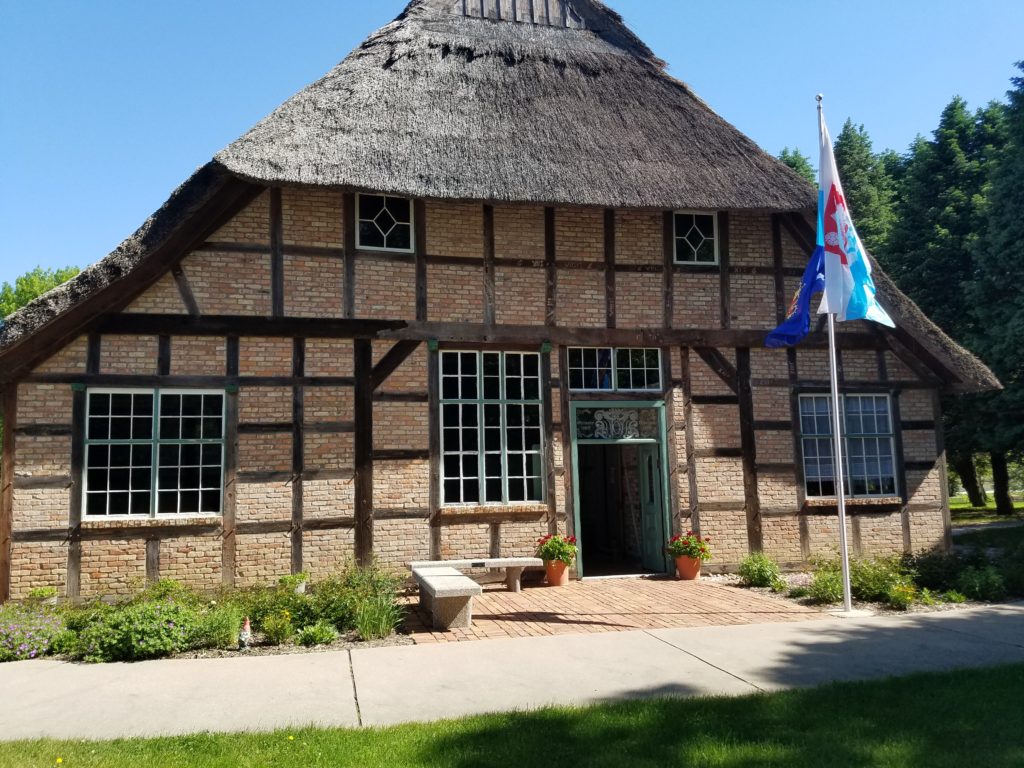 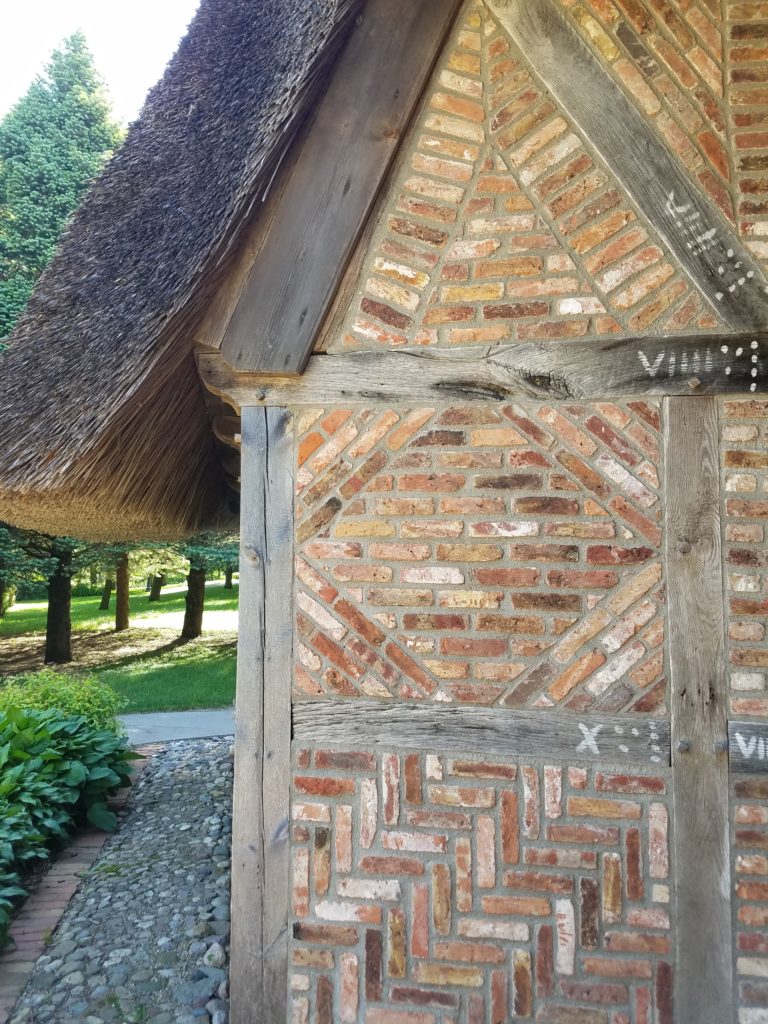 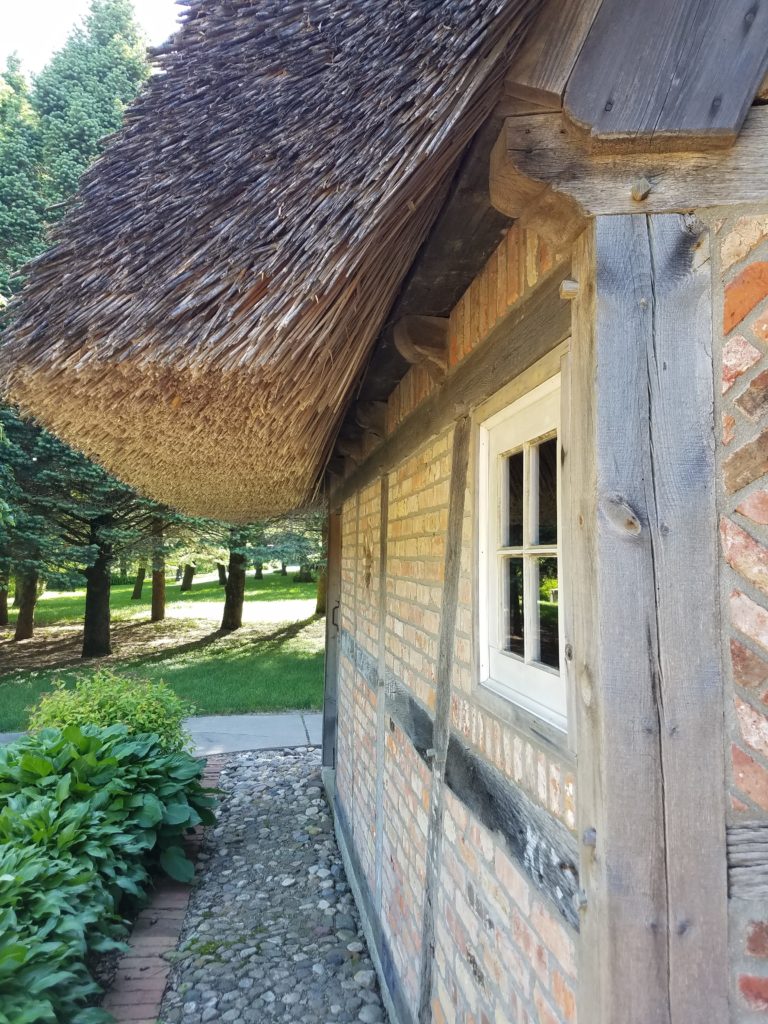 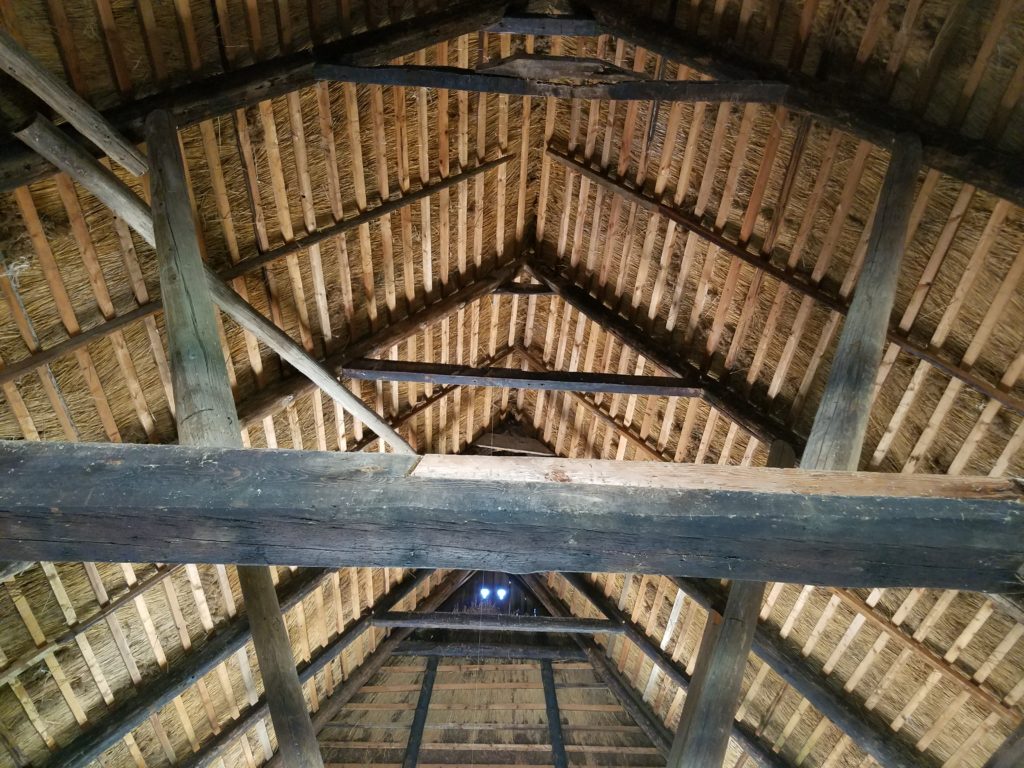 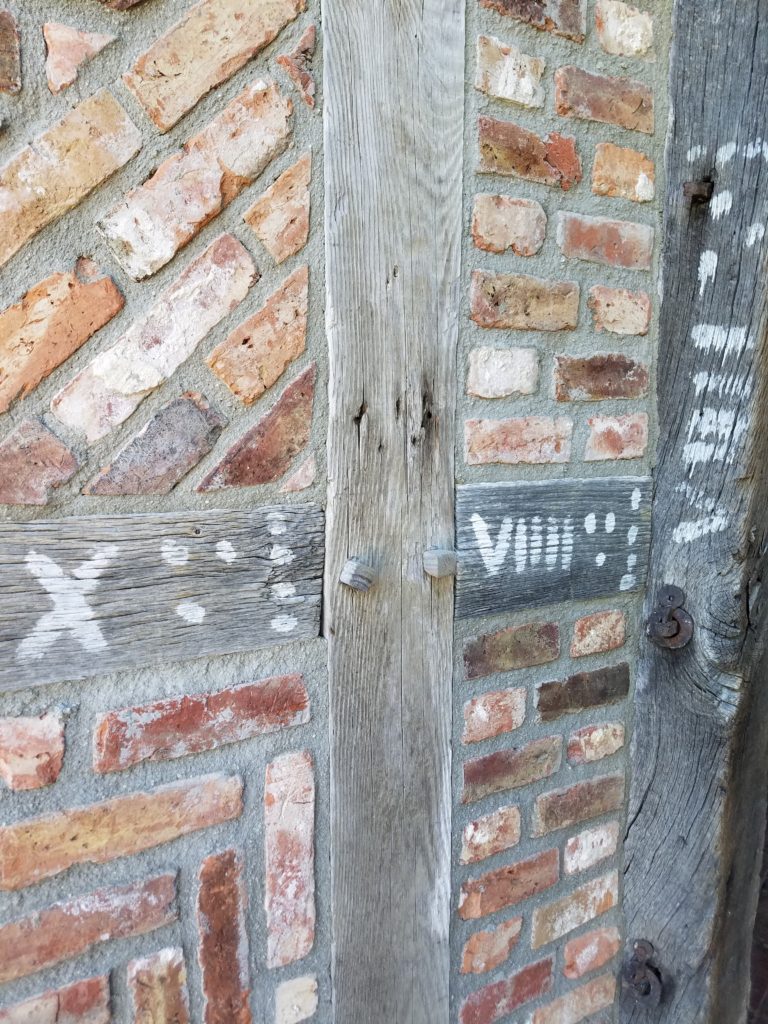 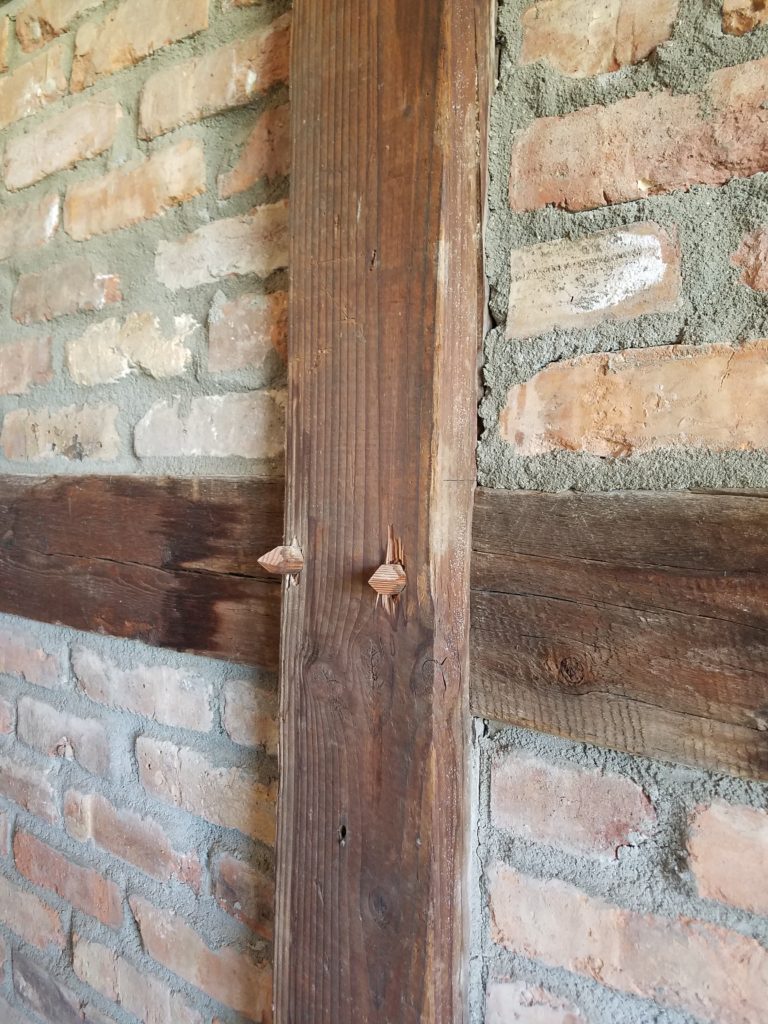 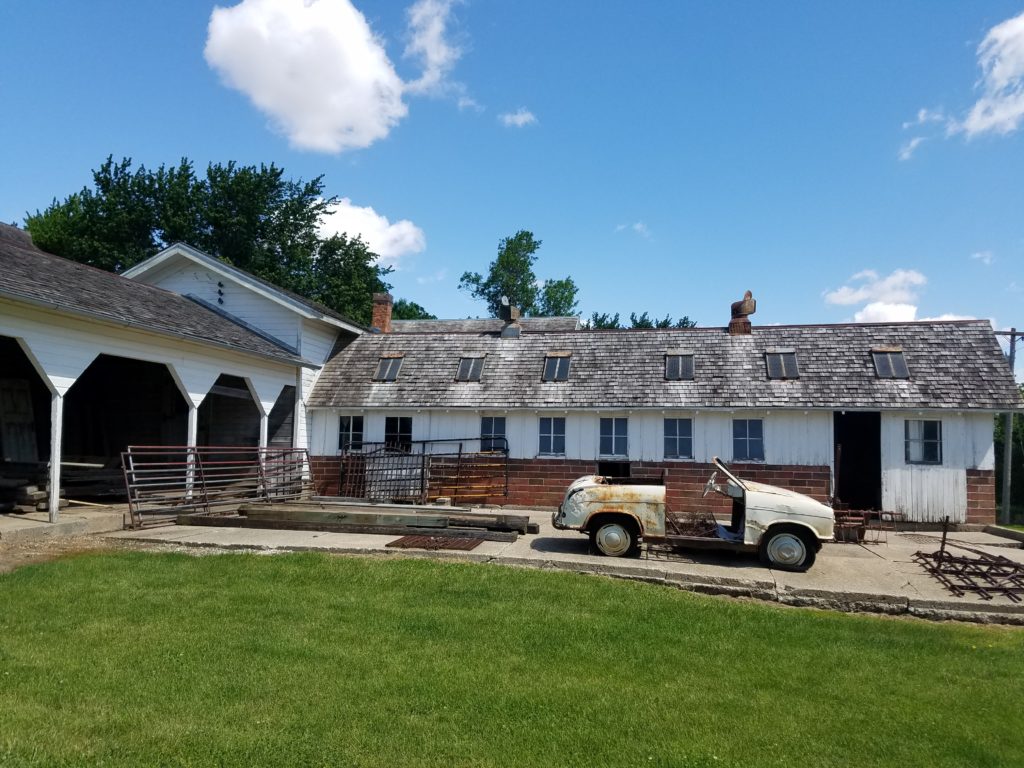 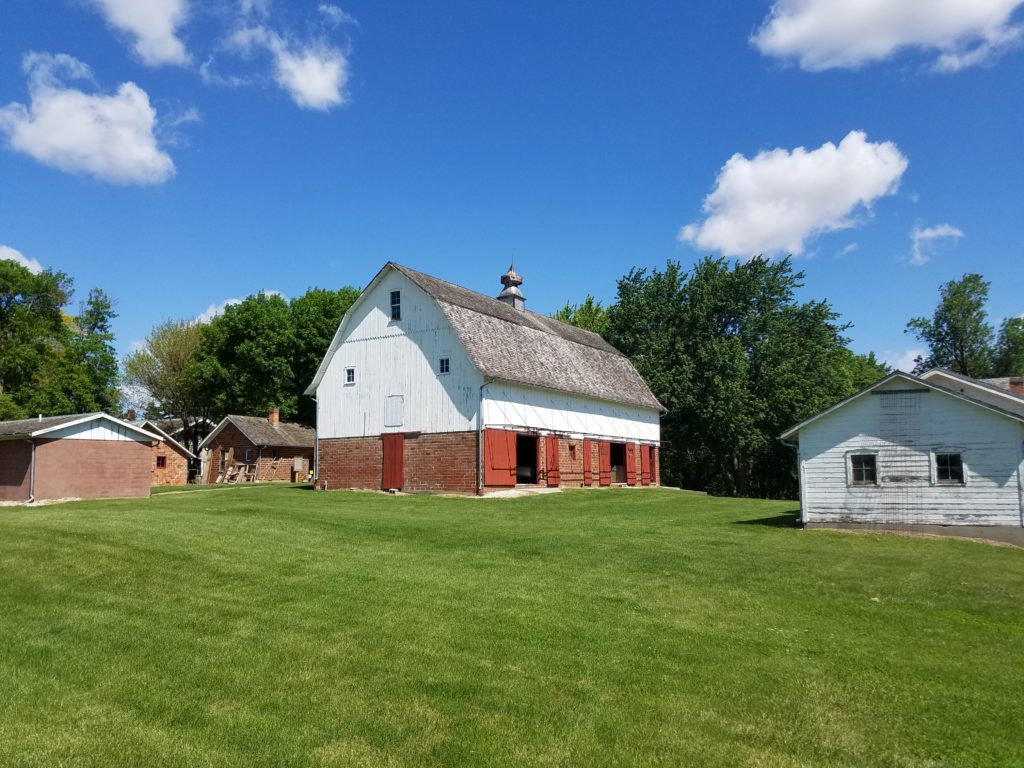 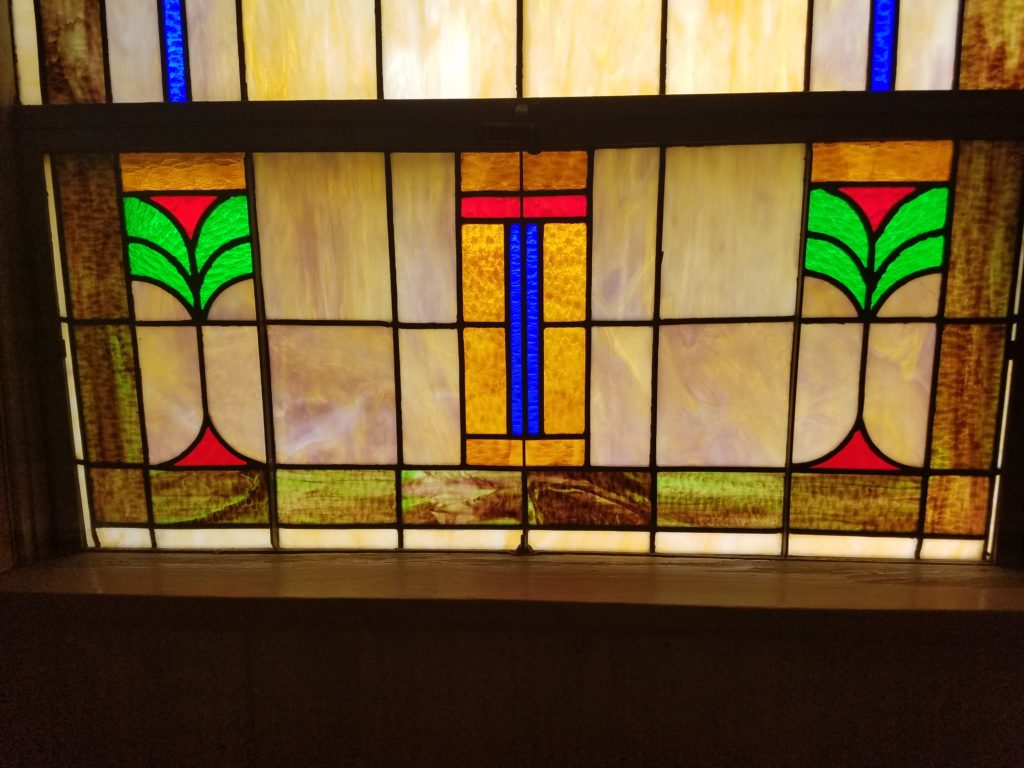 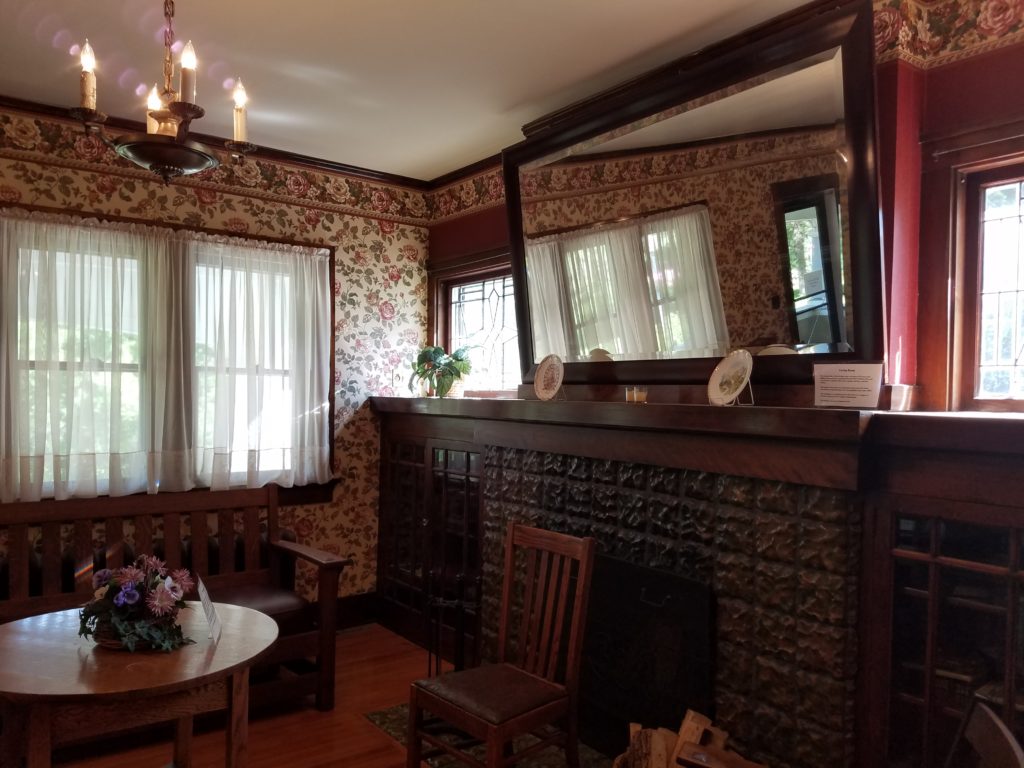 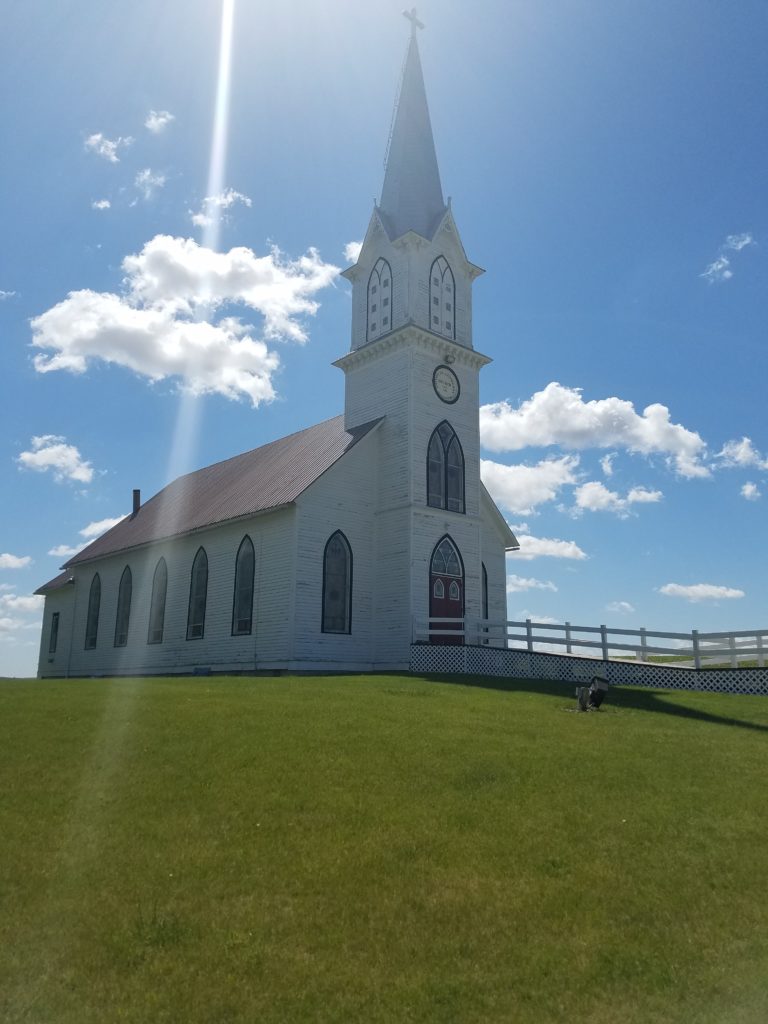 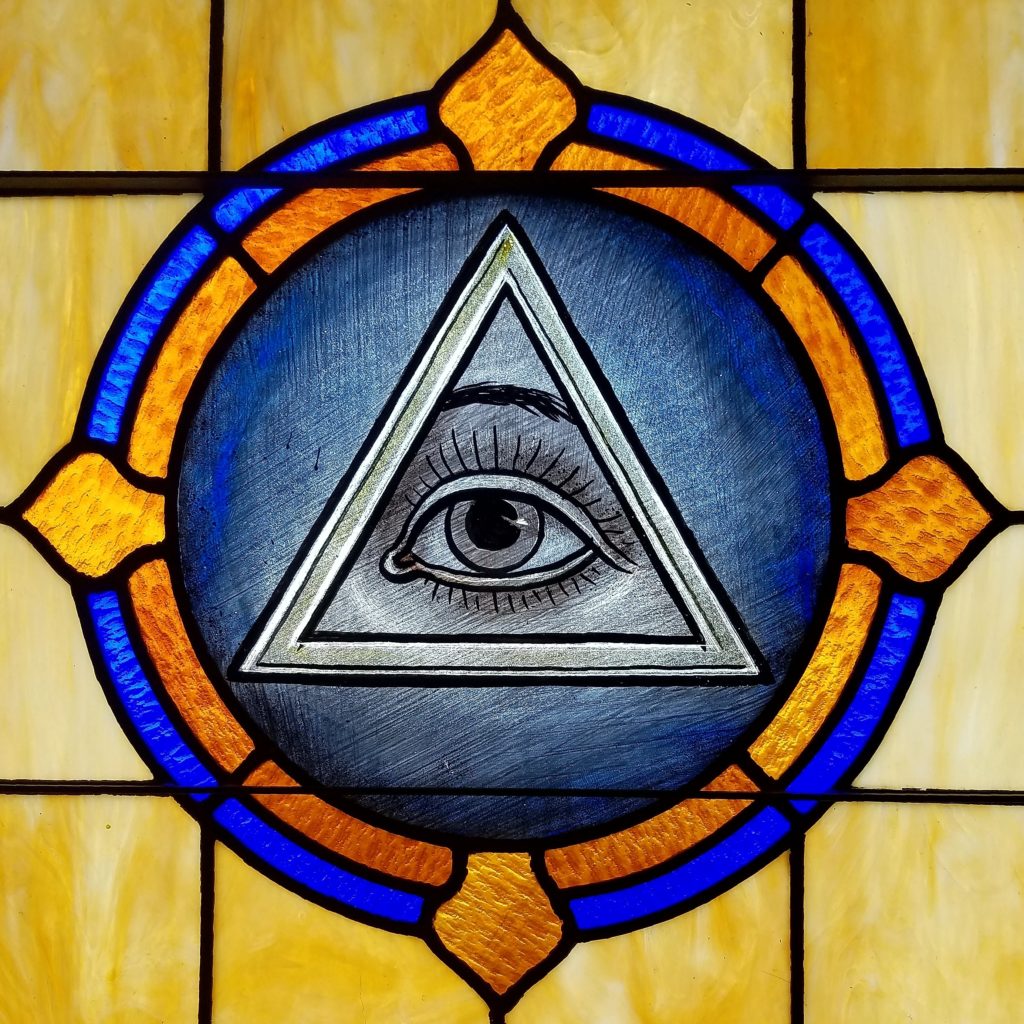 1 hour, 6 minutes from Omaha (can easily be combined with the Manning trip) 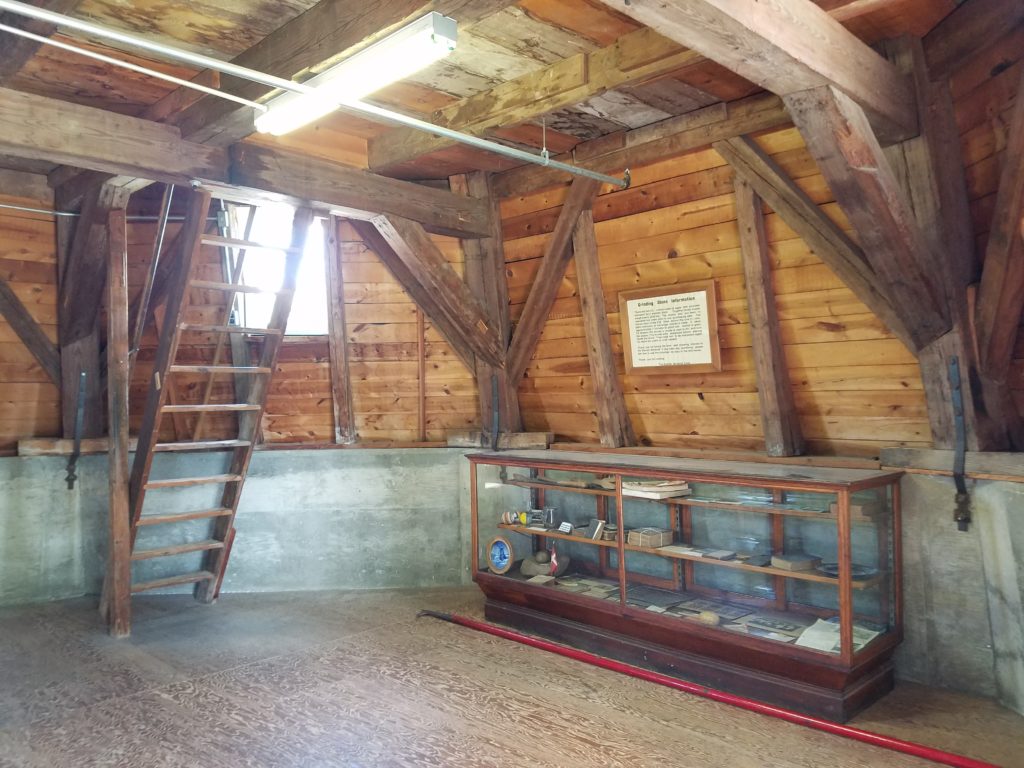 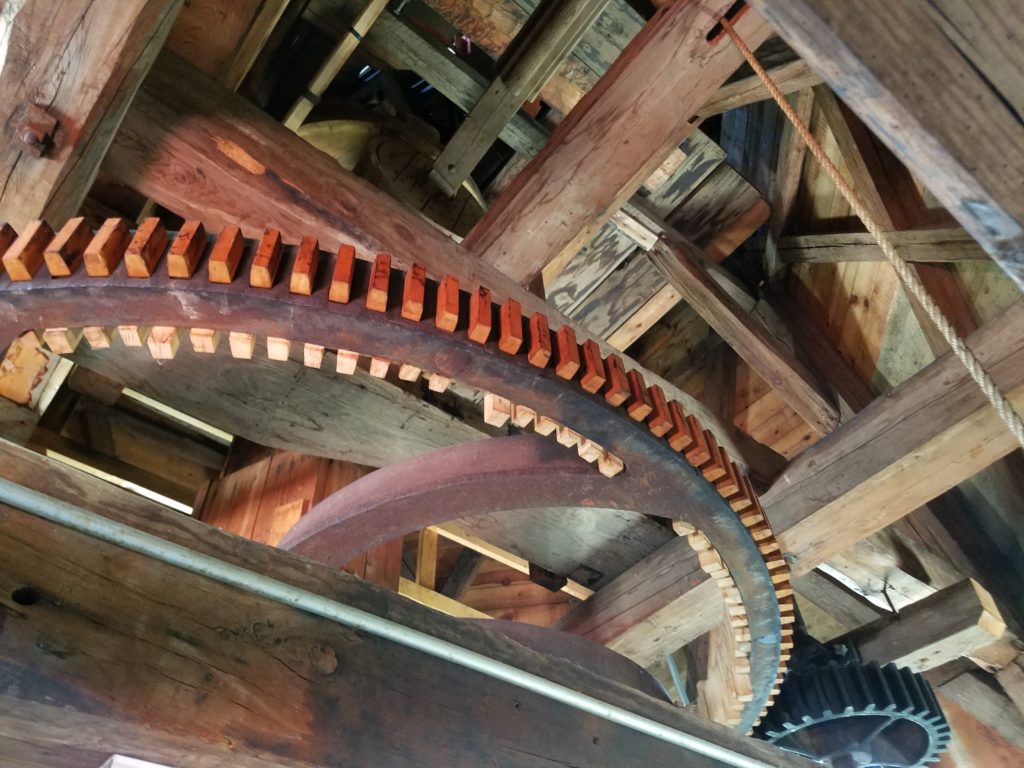 Take a “preservacation” this summer – 3 great ideas inside the June issue! 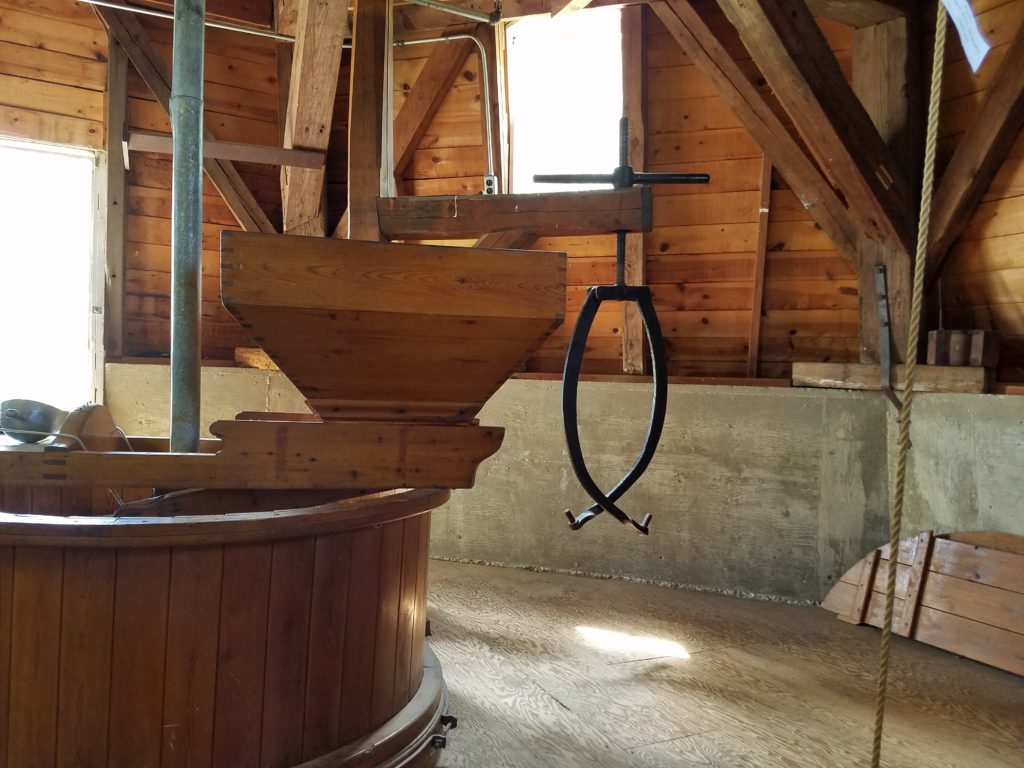