From Car Washes to Candide: The Story of OutrSpaces 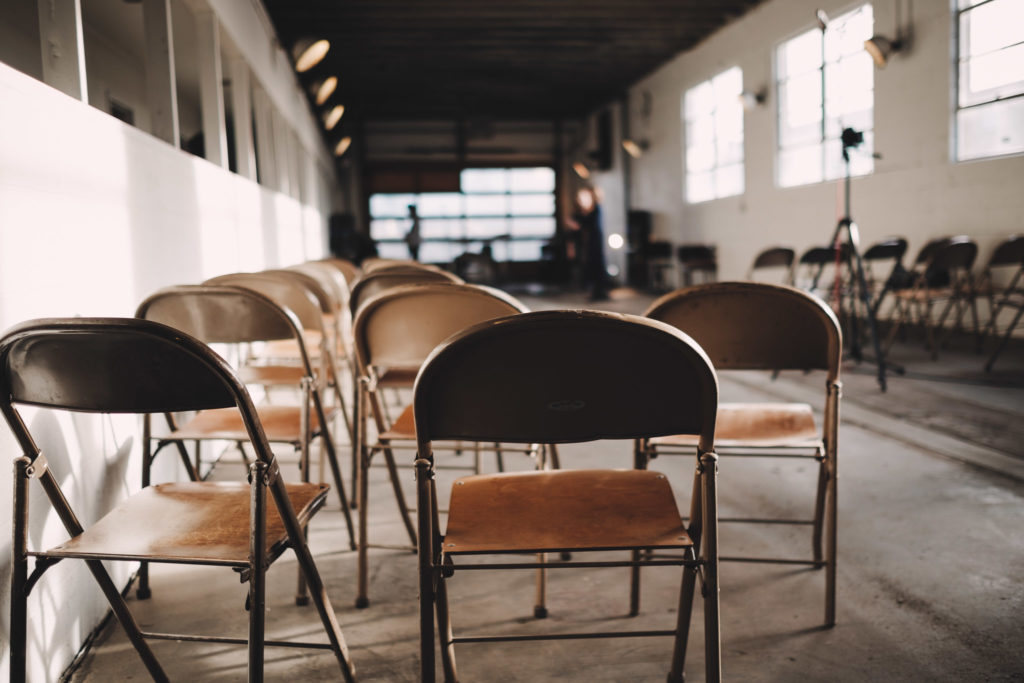 Individuals and groups can rent the former car wash for practices, performances and other events.

For Grace Kolbo, the physical transformation of 528 S. 24th Avenue became real the first time she heard a cellist play there. “It made me cry, and it made us feel like this place was always meant to be a performance venue,” she said.

So how exactly do you turn a former full-service car wash into a home for the performing arts? It takes vision, for starters. Kolbo, along with her husband, Philip, and Hannah Mayer are the founding board members of OutrSpaces, a fledgling nonprofit dedicated to providing performing artists with a space to rehearse, perform, develop their careers and engage with the larger community. The three met in college at the University of Nebraska at Omaha. Grace sings, Philip is a percussionist, and Mayer is a cellist.

“It’s tough to practice at home if you’re a percussionist who lives in an apartment, so Philip started looking for a place to rehearse after he graduated last May,” Grace said. “He had a tough time finding a spot, which made us believe that there were others like us who had the same issue.”

That’s when the trio decided to change their approach. Instead of looking for a place to rent, they’d create one that met their needs and make it available to others as well. After trying out their concept in a different location, a friend introduced the Kolbos and Mayer to 528 S. 24th Avenue. The former car wash had been gutted and the roof leaked, but it also had three working garage doors, which would help the nonprofit achieve its goal of being accessable to all, including people in wheelchairs.

“Making old buildings relevant for today takes creative thinkers,” said Kristine Gerber, executive director at Restoration Exchange. “Who could have imagined taking an old car wash and making it into practice spaces? But it was done and done well, and it’s now a cool and affordable space that reuses a building that’s been part of the community for decades.”

First on the trio’s restoration agenda was fixing the one-story, 3,000 square foot structure’s roof. “When it rained, it literally rained inside the building,” Grace said. Once the interior was rain proof, they enlisted a large group of volunteers to help power wash years of car wash grime off the walls, ceiling and floor. Last on the list was painting the entire interior. 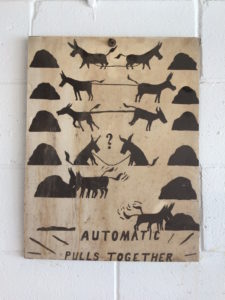 A leftover from the building’s car wash days.

The former car wash track now serves as an 1,800 square foot performance and rehearsal space – the largest in the building. The facility also includes three 100 square foot rehearsal rooms, shared storage and bathrooms. In the near future, each of the small rehearsal rooms will be equipped with a piano.

The nonprofit has begun renting space to interested artists and others via a monthly membership structure that caters to both individuals and groups. Amanda DeBoer Bartlett, a soprano at Ensemble Dal Niente and Quince Contemporary Vocal Ensemble, is one of the building’s early users. “OutrSpaces has the hip atmosphere of an underground performance venue with the acoustics of a lovely concert hall,” she said. “The organizers are incredibly enthusiastic. They want this space to serve the community, and I really think it will. I wish this space had existed when I first began organizing rehearsals and events in town!”

Bartlett also plans to use OutrSpaces as home base for her 2017 Omaha Under the Radar event – an annual contemporary performance festival featuring four days of music, dance and theatre set for July 5-8. Booking these types of events is something the nonprofit hopes to do more of in the months ahead, Grace said.

Grace said the founding trio is also busy recruiting new board members. Once the full board is in place and the necessary funds have been raised, Philip will take on the nonprofit’s executive director role, and Grace will serve in an administrative position.

“We’re passionate about the neighborhood,” Grace said. “There’s a lot of foot traffic here, and the people we’ve talked to on the street seem genuinely interested in what we’re doing. We can’t wait for them to experience what we have to offer.”

For more information, visit OutrSpaces online at outrspaces.org or facebook.com/outrspacesomaha.

Editor’s Note: Do you know anything about the history of 528 S. 24th Avenue? If you have stories or photos to share, contact us at info@restorationexchange.org.