Voice Your Support for the Nebraska Historic Tax Credit 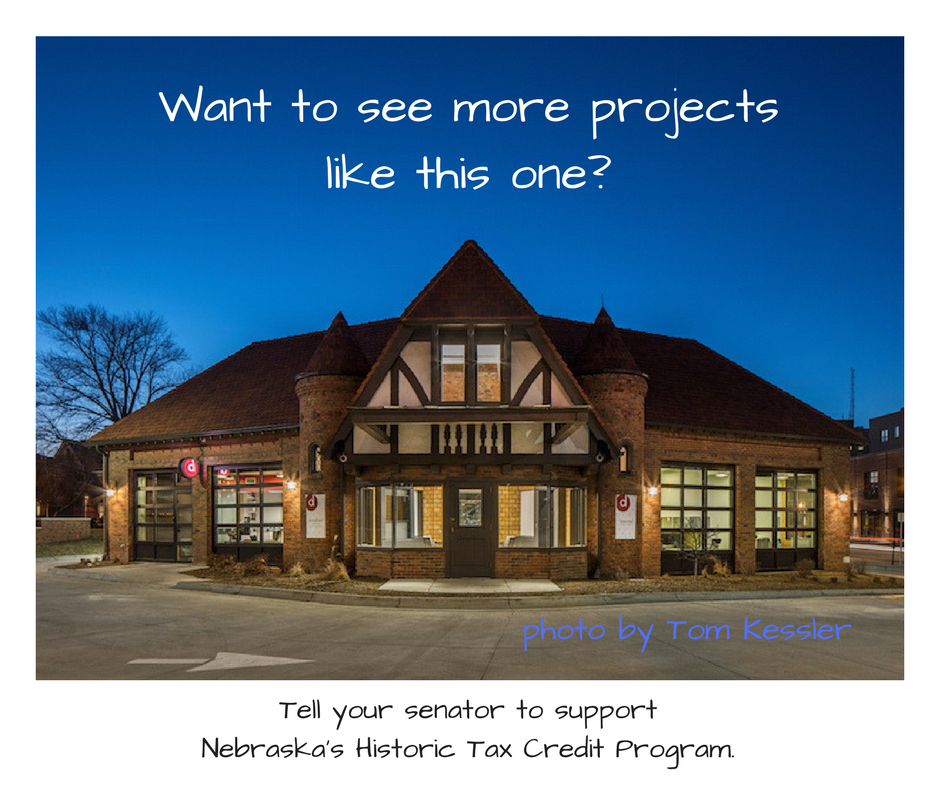 The Nebraska Historic Tax Credit (NHTC), authorized by the Nebraska Job Creation and Mainstream Revitalization Act, has been targeted for reduction or elimination. This program has been administered by the State Historic Preservation Office since its inception in 2015 and is a signature program for the Nebraska State Historical Society. The NHTC provides tax credits for the reuse of historic buildings, promotes economic development, creates jobs and helps preserve the fabric of Nebraska communities. NHTC projects are currently in development across the state.

Want to help? Contact your senator today and voice your support for the program. According to a Feb. 17, 2017 report from the Bureau of Business Research at the University of Nebraska, economic impact models show that state historic tax projects undertaken in 2015 had a total $120.66 million impact on the Nebraska economy. The projects: