Restoration Exchange Omaha will present longtime Omaha planner and preservation advocate Lynn Meyer with the 2017 Kimball Prize Friday, March 3, at Saving Places – A Preservation Celebration. The event, which honors outstanding residential and commercial restorations in the metro and the people making them happen, is set for 6:00 to 9:00 pm at The Paxton in downtown Omaha. Tickets start at $75 and include admission to the 2017 Restore Omaha Conference March 4. The Kimball Prize is named in honor of master architect Thomas Rogers Kimball. It recognizes distinguished achievement in the preservation, rehabilitation and renovation of properties in the Omaha area. Read about Lynn below and congratulate him in person March 3 – tickets are still available! 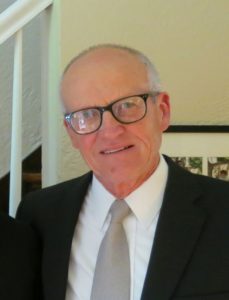 Lynn Meyer won’t take credit for saving his favorite historic buildings in Omaha. But he does take pride that—in nearly 40 years with the City of Omaha Planning Department— his work had a lasting effect on preservation efforts in the city.

“I have a personal interest in art, architecture and photography,” Meyer said. “I was fortunate enough to have a job that allowed me to utilize those things.”

Omaha, too, was fortunate that Meyer’s interests and skills resulted in photographs, documents, surveys, National Register nominations and design guidelines that documented the city and still impact its built environment.

Others are quick to credit Meyer for his contributions. Architectural historian Jennifer Honebrink said, “He led research efforts that deeply explored the form and development of our built environment and documented it all with beautiful large-format photographs.”

Retired City of Omaha Planning Director Steve Jensen also cited Meyer’s “museum quality photographs” and noted a GIS-based tracking system that Meyer developed. That database began in 1981, when the department had one PC; staffers had to sign up to use it.

“I was very interested in taking the small amounts of written data about historic buildings in Omaha and getting them into a formal database,” Meyer said. “I’m proud that the database is still being used and is an important basis for the preservation program in Omaha.”

Meyer joined the City of Omaha Planning Department in 1970 after graduating from the University of Nebraska with a degree in architecture. He was named to lead the urban design division and the Landmarks Heritage Preservation Commission in 1980.

Meyer first began photographing Omaha’s historic structures in the 1970s using a 4 x 5 camera. He was approached to provide photographs for Omaha City Architecture, published by Landmarks, Inc. in 1977. His photos have since appeared in many books on local and regional architecture. A collection of nearly one thousand images— known as the Meyer Collection—resides on the city’s planning website. 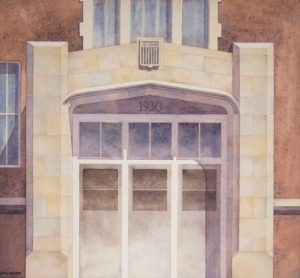 Detail from one of his watercolors.

He is also an accomplished watercolorist. Meyer has painted houses, schools and historic sites important in his life. Some of those paintings have graced planning report covers. Others have been made into posters.

Among Meyer’s favorite buildings are the Omaha Building, the Rose Theater and the Durham Museum. “Those are my favorite saves because they were so threatened,” Meyer said, praising Bob Kutak, Rose Blumkin and Ron Hunter, respectively, for stepping up and saving those structures “that we now are so proud of.”

It isn’t just the big, grand buildings that Meyer admires. “Some of our best mixed-use areas and pedestrian-friendly areas are the older streetcar stops, like 40th and Farnam and 33rd and California,” he said.

Meyer and his wife, Nancy, have three children and five grandchildren. They moved into the Country Club neighborhood in 2009, after living in two other midtown homes. Outside the front door, a plaque reads: “This house is listed on the National Register of Historic Places as part of the Country Club Historic District.”

Meyer wrote the National Register nomination for the Country Club District in 2004. 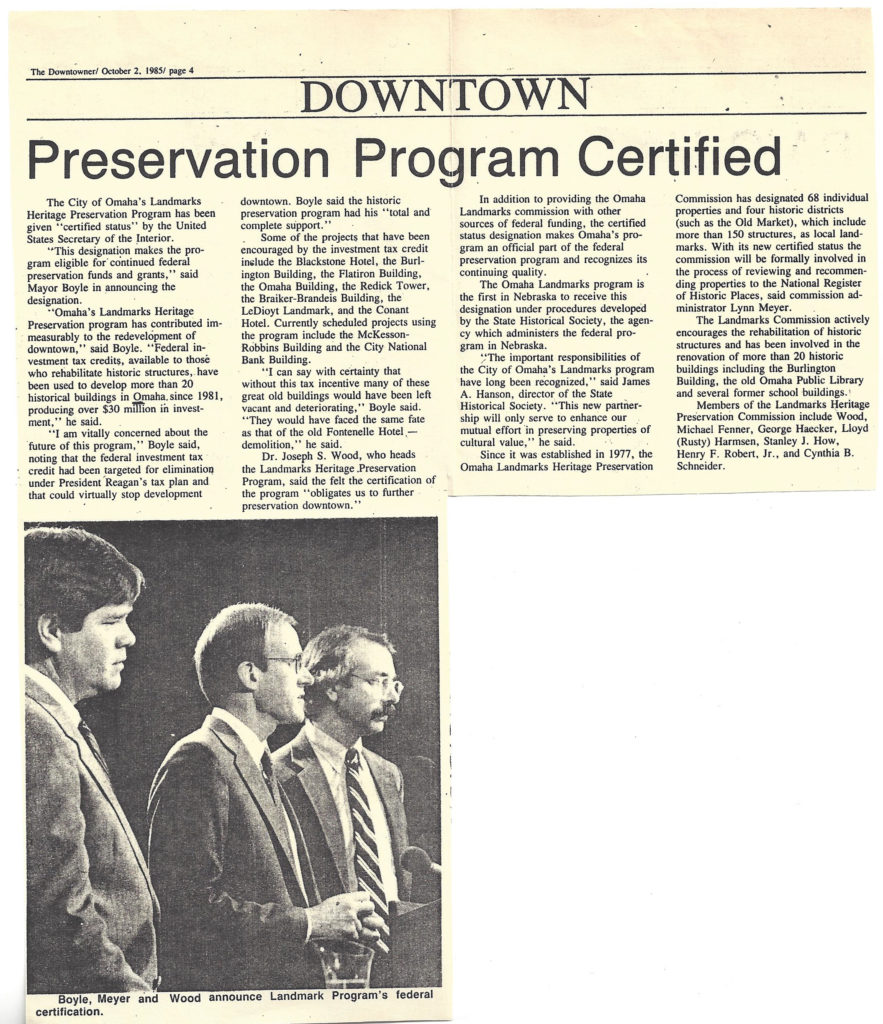 A newspaper clipping from Lynn’s days in the city’s planning department.