Mark Your Calendars for A Preservation Celebration Weekend

Restoration Exchange Omaha (REO) will observe a Preservation Celebration weekend March 3 and 4, 2017, when it hosts its second biennial gala and its 12th annual restoration conference.

The gala, Saving Places: A Preservation Celebration, will honor preservation achievements in the Omaha/Council Bluffs metro. It will be held Friday, March 3, at a historic building to be named soon. Nominees are currently being sought for the 2017 awards. (see related article)

The first gala, held in May 2015 at Omaha’s century-old Scottish Rite Cathedral, featured award presentations, hors d’oeuvres and a silent auction. Fritz Cassman, a founding member of the pioneering preservation group Landmarks, Inc., was honored at the event along with outstanding restoration projects and people making preservation happen in the area.

REO will hold the 12th annual Restore Omaha Conference for the second consecutive year on the Fort Omaha campus of Metropolitan Community College. 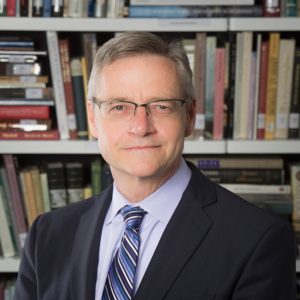 Tom Mayes, vice president and senior counsel for the National Trust for Historic Preservation, is the keynote speaker.

In 2013, Mayes received the National Endowment for the Arts Rome Prize in Historic Preservation. Following a six-month sabbatical in the Italian capital, he wrote a series of essays titled Why Old Places Matter.

Mayes looked at the question from a variety of perspectives or reasons—14 to be exact—and he will share those at the Restore Omaha Conference. As he notes in the introduction to the essays in the National Trust’s Spring 2015 Forum Journal, “The purposes I wrote about—continuity, memory, individual identity, civic identity, beauty, history, architecture, learning, sacredness, creativity, ancestry, sustainability, community and economics—are the purposes I heard most frequently as I talked to hundreds of people about old places.” His goal in writing the essays, Mayes said, was “for everyone who cares about old places to have a source for words and language to help them express why old places matter, to be able to articulate in their own way what they think and feel about old places.”

Sheila Ireland, an architect with Leo A Daly, will reprise her “TEDx Omaha” talk from last October to open the conference. In “The City is a Library,” Ireland explains how buildings tell the story of a city. But unlike books, they can never be reproduced. “What stories should we consider saving when constructing the future?” she asks. 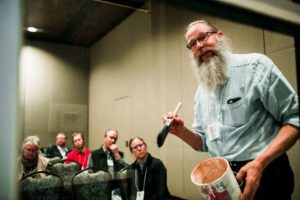 Speakers and panelists for the other 18 breakout sessions are being confirmed. The conference will again feature local craftsmen demonstrating construction skills such as plastering, woodworking and paint removal. Exhibitors—including craftsmen, history organizations and business and community groups—will be on hand to answer questions and share information. Those interested in exhibiting can register by emailing info@restorationexchange.org. The full schedule of conference sessions will be available in January.

The conference will conclude Saturday evening with the ever-popular Restore Jam!, in which attendees are invited to share before-and-after photos of their own restoration projects.

A pre-session on the afternoon of Friday, March 3, entitled “Developer 101,” will explore the many facets of property development, including site analysis, property acquisition, planning and design, and revenue projection.

Stay tuned for information on registering for the conference and gala.