This property near 33rd and Saratoga streets is available through the Omaha Municipal Land Bank.

The Omaha Municipal Land Bank on December 15 released its initial list of properties for sale on its website—http://omahalandbank.org.

The goal of the organization is to transform Omaha’s distressed neighborhoods into positive community assets by assessing and acquiring properties deemed no longer livable and either redeveloping the property or demolishing the existing structure. 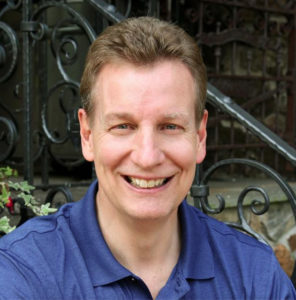 After the brief tenure of the initial executive director, Marty Barnhart was hired as interim director in March 2016. He accepted the job permanently three months later. Barnhart previously directed Restored Hope, a nonprofit organization that provides safe housing to women and children who are in abusive situations. Before that he had a similar position as director of the Land Reutilization Commission of Douglas County, which has the goal of returning tax-delinquent real estate to the tax roles.

The Land Bank has listed eight properties. Seven are located north of Dodge Street and east of 42nd Street. A small lot near 15th and Y Streets has an asking price of just $1. Asking prices of the others range form $1,750 to $6,000. To date, none have sold. Barnhart said all offers are due by January 2, 2017 for the Board’s approval on January 11.

Though starting small, Barnhart said, “We are seeking to research up to 4,000 condemned properties” in 2017. “Currently we are acquiring properties every week,” he said. “These are bank-owned, condemnation, or donated to the Land Bank.”

The Land Bank director said any person or entity may buy Land Bank properties “as long as they do not have delinquent taxes or code or condemnation violations on any property they own.” Buyers must also be willing to develop or redevelop the property within two years.

Though preservation isn’t a stated goal of the nonprofit, Barnhart said ridding a neighborhood of vacant lots or blighted properties will help preserve it. “There are some properties that the City of Omaha will designate to be demolished due to their condition after fire or structural damage,” he said.

“The Omaha Municipal Land Bank can accomplish two items that most private buyers cannot do. Number One: Clear title. Number Two: Sell for a reduced cost,” Barnhart explained. “We will seek to acquire properties from private owners to give them dollars for their house, building or lot.

“We are able to clear the title of the liens and then sell it for a reduced cost,” Barnhart said. “These items help with the time to purchase and the cost for the future development.  For instance, a typical property has back taxes, possibly weed, litter, sewer, or demolition liens. The Land Bank is able to cancel those liens, reducing the cost of purchasing the property and reducing the cost of sale.”

Barnhart said a growing awareness of the Omaha Municipal Land Bank has come about due to speaking at community meetings and through news stories. Barnhart said the Land Bank will add an acquisitions director and a communications director in the first two months of 2017.