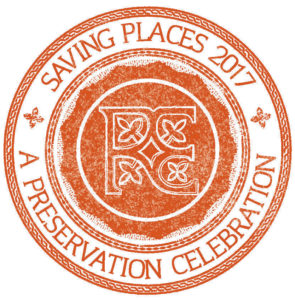 Nominations are due January 16 for the 2017 Saving Places awards.

Restoration Exchange Omaha (REO) will host Saving Places: A Preservation Celebration for the second time on March 3 in a historic building to be announced soon. The gala celebrates preservation achievements in the Omaha/Council Bluffs metro. The first gala was held in May 2015 at Omaha’s century-old Scottish Rite Cathedral.

Award criteria, application forms and a PowerPoint submission template are available for download by clicking here.

The Kimball Prize is the highest honor REO bestows on an individual and is awarded in recognition of the most distinguished achievement in preservation, rehabilitation and renovation of buildings and sites in Omaha and the surrounding communities. Todd and Mary Heistand of NuStyle Development Corporation were honored with the award in 2015. The award is named for Thomas Rogers Kimball, renowned architect of the Trans-Mississippi Exposition, St. Cecilia Cathedral and many other Omaha buildings and homes.

The Young Preservationist Award is offered in recognition of achievement in preservation, rehabilitation and renovation of buildings and sites in Omaha and the surrounding communities for a person under the age of 40. Matt Baker won the award in 2015 for his work to revitalize the Minne Lusa neighborhood and list it as a historic district on the National Register of Historic Places.

REO will bestow three project awards for projects completed in 2012 or later. Those submitting nominations for any of these awards must submit project data, images and a $75 entry fee.

The AIA Omaha Preservation Award recognizes excellence in preservation, rehabilitation or renovation of any eligible property located in Nebraska or Iowa. The project must be submitted by an AIA Nebraska member and must meet the National Park Service Secretary of Interiors Standards for Historic Preservation. A completed Part III form is required with submission. Alley Poyner Macchietto Architecture received the honor in 2015 for its work on the Hughes Irons Motor Company building in Council Bluffs.

This category recognizes excellence in preservation, rehabilitation or renovation of a single-family home. The project must be located in one of the following counties: Douglas, Sarpy, Washington, Cass or Dodge in Nebraska; Pottawattamie in Iowa. Brothers Martin, Rob, and John Janousek won the award in 2015 for their renovation of a home at 3201 California St. 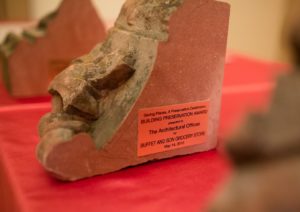 The Architectural Offices won the 2015 Building Preservation Award for the renovation of Dundee Bank, the former Buffett and Sons Grocery.

This category recognizes excellence in preservation, rehabilitation or renovation of a commercial or multi-family property. The project must be located in one of the following counties: Douglas, Sarpy, Washington, Cass or Dodge in Nebraska; Pottawattamie in Iowa. AO earned the top prize in 2015 for its design and renovation of Dundee Bank.