If all goes as planned, the Fairacres Road will soon join Dundee, Country Club, Minne Lusa and other Omaha neighborhoods on the National Register of Historic Places as a historic district.

Charles George first platted the district in 1907. George, who headed the Dundee Realty Company, could “claim a share of responsibility for the success of both Dundee and Happy Hollow,” according to Matthew Pelz, who is working with Restoration Exchange Omaha to write the nomination. .

The garden suburb is what drove the development of Fairacres, Pelz said. “What drives our decision making on how to draw the boundaries of the district is what the landscape looks like now,” he said, noting that most of the properties included in the nomination front the curving, brick-paved Fairacres Road. Some of those original large lots were subdivided and now contain several houses. 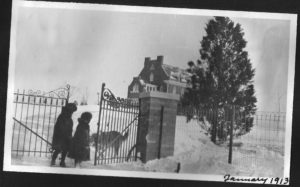 Ebenezer Howard of England is credited as the creator of the garden suburb philosophy, and Frederick Law Olmstead is regarded as its most famous American practitioner. With its curved roads, tree-lined streets and assorted collection of period revival styles of architecture, the Fairacres neighborhood embodied the ideals of Howard and Olmstead, and it represented the fullest extension of George’s efforts to attract an elite clientele, Pelz noted. It is believed renowned landscape architect George Kessler, based in St. Louis, helped craft the landscape along with Hare and Hare out of Kansas City. 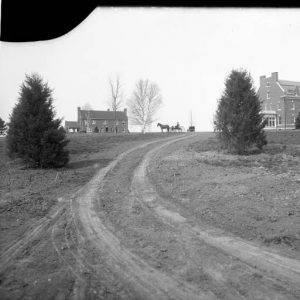 “One of the fun things about doing the research so far has been speaking with the people who lived in the neighborhood for a long time,” Pelz said. Edson Bridges, whose grandmother lived at 6301 Chicago St, has provided insight about the neighborhood. His grandmother hired an architect to build two houses on her lot. One of those houses, which remains today, was built with bricks that came from a barn on the Fairacres development, Pelz said.

A graduate of Clemson University’s historic preservation program based in historic Charleston, SC, Pelz joined Restoration Exchange Omaha this year as a researcher.