Reserve Your Spot for Jim Lindberg’s May 31 Presentation 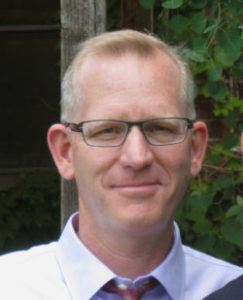 Space remains for Jim Lindberg’s May 31 presentation at The Durham Museum, though those interested in attending are encouraged to make reservations immediately. The talk will be held at the Stanley and Dorothy Truhlsen Lecture Hall at 6:30 p.m. To reserve your seat, please call 402.444.5071 or email reservations@DurhamMuseum.org.

Lindberg leads the National Trust’s Preservation Green Lab, an interdisciplinary team with expertise in energy conservation, data analysis and mapping, historic preservation and policy. Working with diverse partners, this team strengthens the connections between sustainability and the nation’s vast inventory of older buildings and established neighborhoods. He has led a range of nationally recognized preservation and sustainable development projects, including the adaptive use of a former dude ranch in Rocky Mountain National Park and the green rehabilitation of a historic school in Denver.

Lindberg has authored numerous articles and books on architecture, planning and preservation, and is a lecturer in the College of Architecture and Planning at the University of Colorado, Denver. Lindberg received his B.A. in the Growth and Structure of Cities from Haverford College and his M.S. in Historic Preservation from the University of Vermont. His talk is being held in conjunction with an exhibit entitled “Saving Places: 50 years of Preservation Success Stories.” Created in partnership with The Durham, the exhibit highlights the work of REO’s predecessor – Landmarks, Inc. p in saving many of Omaha’s architectural treasures, including the Kutak Rock Building and The Rose Theater. Photographs detail “saves” from across the city. The exhibit runs through June 12.

Omaha historian Joni Fogarty will present a June 7 lecture on the work of architect Thomas Kimball. Museum admission applies for both talks.