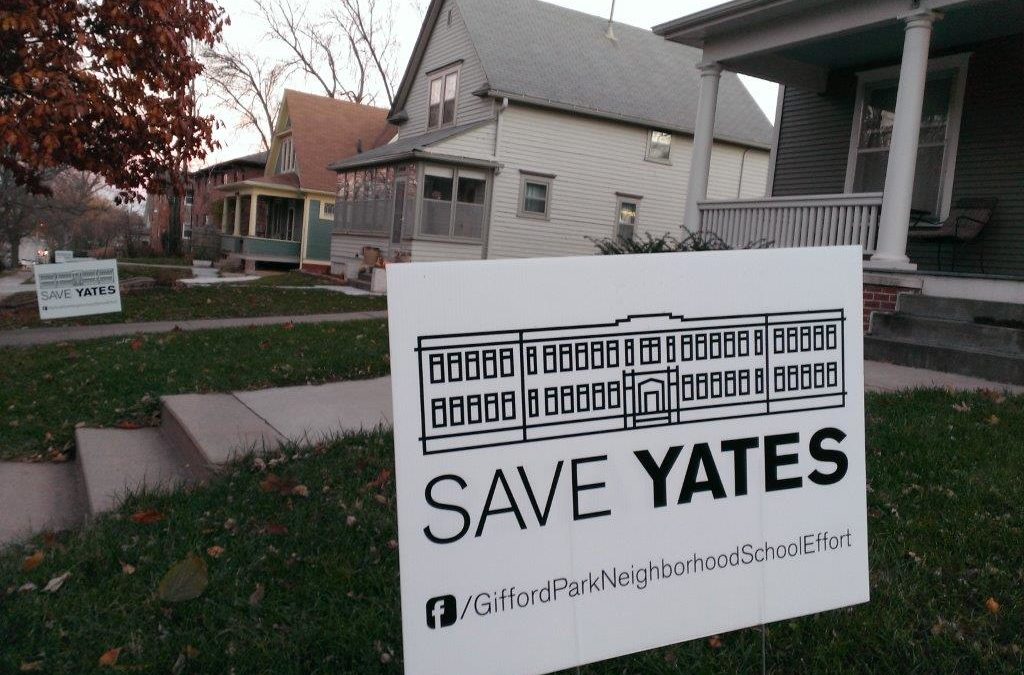 Members of the Gifford Park Neighborhood Association are in somewhat of a holding pattern as they wait for more details of talks between Creighton University and Omaha Public Schools officials regarding the location of a new neighborhood school.

Members of the Midtown neighborhood have longed for a neighborhood school for 16 years. The Henry W. Yates School at 32nd and Davenport Streets served neighborhood students until 1999, when OPS converted it to a center for students with behavior disorders. In late 2008 it became a sort of community service center for early childhood education and a parent resource center. Computer, ESL and sewing classes are taught at the school building, which doubles as a meeting site and community center. Neighborhood students are currently bused to Kellom School at 24th and Hamilton Streets.

OPS announced in 2014 that passage of a bond issue would help pay for a new neighborhood school. The original plan was to demolish the former Yates School and six adjacent houses and build new at that site. Residents have been trying to convince them to build on a vacant Creighton parking lot instead, noting that the Yates building has become a valuable community resource and an irreplaceable historic and architectural anchor for the diverse neighborhood.

Since receiving a jointly written letter from Creighton President Daniel Hendrickson and OPS Superintendent Mark Evans in late December, there has been no substantive information. The December letter, published in the February 2016 edition of Gifford Park’s Pride noted that the education organizations “are continuing to evaluate the use of property currently owned by Creighton University near the area of 32nd and Webster St. for a proposed new Yates elementary school.” It went on to state that OPS and Creighton University “have agreed to coordinate efforts to ensure any related timelines established by OPS are achieved for the design and construction of the new elementary school.”

State Senator Sara Howard requested an update from OPS in late March. In a response she shared with Gifford Park leaders, Evans stated that OPS is in the process of obtaining an appraisal of the parking lot site “to have a clear understanding of the land’s value.” He promised to keep Howard informed as dialogue and negotiations continue between Creighton and the school district.

“We have had posted 250 ‘SAVE YATES’ yard signs” in the neighborhood and beyond, Foster noted.  “We have had 17 speakers at OPS board meetings since last October.”

Foster said a few more ‘SAVE YATES’ yard signs are available. He will gladly drop them off at your residence, even if you live outside of the Gifford park neighborhood. You can contact him at 402-290-8187 or foster3413@cox.net.