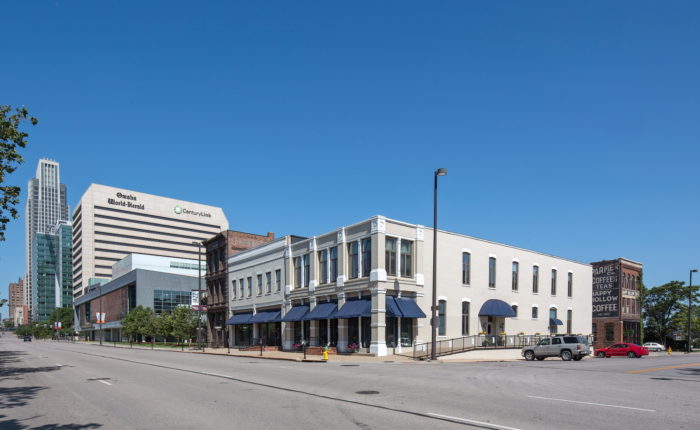 The National Trust for Historic Preservation recently awarded Restoration Exchange Omaha a $2,000 grant. These grant funds will be used to locally landmark two buildings at 11th and Douglas Streets.

“Organizations like Restoration Exchange Omaha help to ensure that communities and towns all across America retain their unique sense of place,” said Stephanie Meeks, president of the National Trust for Historic Preservation. “We are honored to provide a grant to REO, which will use the funds to help preserve an important piece of our shared national heritage.”

The National Trust has provided over $15 million in preservation grants since 2003. These matching grants are awarded to nonprofit organizations and public agencies across the country to support wide-ranging activities including consultant services for rehabilitating buildings, technical assistance for tourism that promotes historic resources, and the development of materials for education and outreach campaigns.

The Omaha Performing Arts Society (OPAS) in February backed out of a redevelopment agreement with the city that proposed the use of $11 million in taxpayer-funded bonds to buy three buildings at 11th and Douglas Streets. The purchase would have allowed for expansion of the Holland Performing Arts Center.

Only one building at the site—the Christian Specht building— is locally landmarked. Built in 1884, the building was added to the National Register of Historic Places in 1977 and locally landmarked in 1981. Though OPAS has tabled its expansion plans for the Holland, it was felt that the other buildings were still vulnerable.

Two buildings on the northwest corner of 11th and Douglas were purchased and renovated in 1985 by Alvine Engineering. The buildings formerly housed the Marshall Paper Co., a paper wholesaler, and the T.H. Smith Co., specializing in cooling rooms and refrigerators. The electrical engineering firm recently announced plans to sell the buildings and build a new headquarters in north downtown.