About 120 people toured three of the 11 buildings that make up the Travers Row Houses at 26th and St. Mary’s Ave. on August 2. A Restoration Exchange Omaha members-only tour gave people a chance to see the updated row houses, which had fallen into disrepair and threatened with demolition. The duplexes were built about a century ago by Edward, Charles and William Traver, known collectively as the Traver Brothers. The buildings were added to the National Register of Historic Places in 2012. 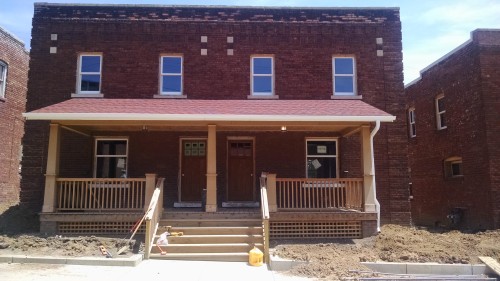 The Travers Row Houses were built in 1916. 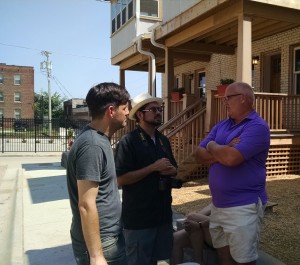