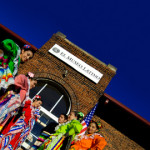 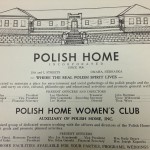 Opening of the Polish Home 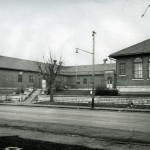 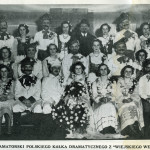 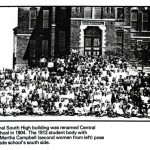 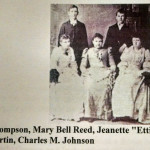 The building that houses El Museo Latino recently cleared the first hurdle toward a spot on the National Register of Historic Places.

At its July meeting, the Landmarks Heritage Preservation Commission unanimously approved the nomination prepared by Restoration Exchange Omaha. The museum moved into the building in 1997 after getting its start in the Livestock Exchange Building.

The building site at 25th and L Streets was the location of the first high school for the community of South Omaha. It later became South Central School, an elementary school. Because of structural deficiencies, a new building replaced it in 1916. When the school closed in 1929, the South Omaha American Legion owned it for a short time. Starting in 1936, the Polish Home made it its home for more than 60 years

The Polish Home remained in this location until the late 1990s, when it moved to a new facility in Papillion. El Museo Latino is one of only eleven Latino museums in the United States. Along with exhibits, the museum develops educational programs and acts as a resource and a center for Latino studies in the Midwest.

Restoration Exchange Omaha will present the nomination to the State Historic Preservation Board September 4 and if the vote is favorable it will move onto the National Park Service for final approval.