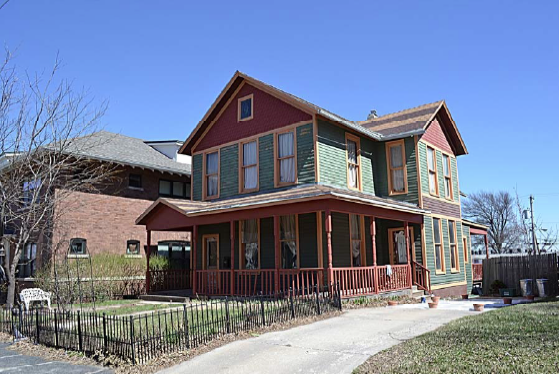 For one who lives in a world of fiction and fantasy, Meredith Efken seems to have a good sense for historic and architectural research.

A writer of novels for young adults, Efken has lived for the past 13 years in a house at 1015 S. 30th Ave. that Ernest Buffett lived in for nearly 30 years. Seemingly fascinated by Buffett’s story, Efken in April submitted a nomination to the Landmarks Heritage Preservation Commission to have the Buffett home locally landmarked. She has submitted a first draft of a nomination to list it on the National Register of Historic Places.

At its June 10 meeting, the Commission approved the local landmark designation. The landmark request must now go the Omaha Planning Board and then to the Omaha City Council for final approval. “Meredith did an amazing job,” said Trina Westman, the Urban Design and Historic Preservation staffer who oversees the commission for the Planning Department.

Ernest Buffett was a prominent grocer of his day, the father of U.S. Representative Howard Buffett, and the grandfather of billionaire investor Warren Buffett.

Efken, who recently changed her pen name to Meredith Rose, noted in her nomination that “Ernest P. Buffett gained local and national renown for his leadership and innovation in the grocery industry during the first several decades of the 20th century.” He became president of the Omaha Grocers Association and the Nebraska Retail Grocers Association in the 1920s.

Perhaps Buffett’s most innovative contribution to the neighborhood grocer was his founding of Buy-Rite, a retail cooperative organization. Buy-Rite allowed smaller grocers to compete with the larger emerging supermarkets and chain stores by cooperatively purchasing larger quantities and by sharing the cost of newspaper advertising.

The elder Buffett also had a profound impact on his grandson, Warren, who worked at the Dundee grocery store in his youth. Ernest’s letter to his son, Fred, regarding setting up an emergency fund, was reprinted in a 2010 letter to Berkshire Hathaway investors. 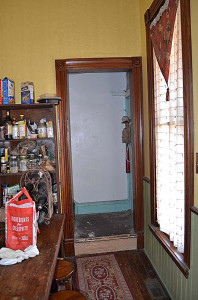 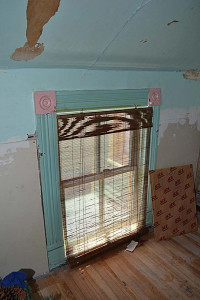 The Victorian house that Buffett bought from Union Pacific painter Darius Harston is still in need of repair and restoration. Efken’s Amazon.com bio page refers to it as a “ramshackle Victorian fixer-upper.” Efken and her husband, Jason, are transitioning to Austin, Texas, so that restoration process may need to be continued by a new owner.

In the meantime, Meredith Efken has contributed some solid research on Omaha grocer Ernest P. Buffett.