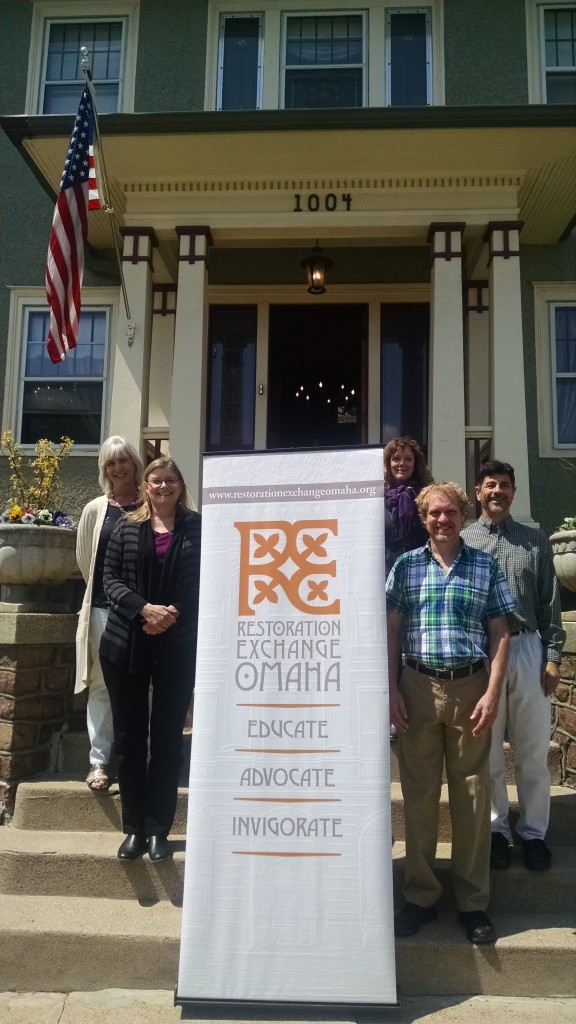 Owners Michael Heaton and Barry Burt stand outside their home with REO volunteers.

About 80 members of Restoration Exchange Omaha got a glimpse into the life of former Italian vice-counsel Vincent Chiodo during an April 26, members-only tour of his home at 1004 S. 25th Ave.

Michael Heaton and Barry Burt have restored the home, which features mahogany paneling, hand-painted murals, a huge Burmese stone fireplace, stained glass windows and salvaged marble from the second Douglas County Courthouse. Chiodo immigrated to America and worked originally as a tailor. He later evolved into a builder and designer of apartment buildings. The nearby Leone, Florentine and Carpathia apartments are among his works.

Members also got a chance to view the “newly spruced up” Santa Lucia Hall at 725 Pierce St. The Santa Lucia Festival Committee holds monthly meetings at the hall. This year’s festival runs June 4 to June 7. 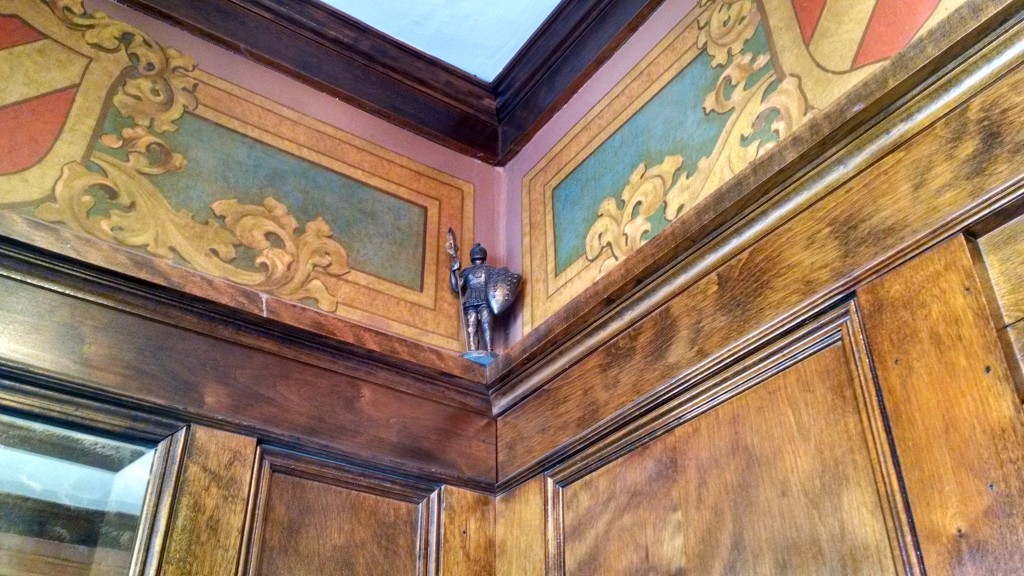 Above the mahogany paneling are hand-painted murals.