Two of the five winners of the 2015 Preservation Awards have been named, with the remainder to be announced at Saving Places, A Preservation Celebration on May 14. Restoration Exchange Omaha and the Omaha chapter of the American Institute of Architects are jointly presenting the awards.

The celebration salutes the 50th anniversary of the founding of Landmarks Inc. and the ongoing work of Restoration Exchange Omaha, which formed in 2013 from the combined Landmarks Inc., Restore Omaha and Omaha Urban Neighborhoods. The event will be held from 6 to 9 p.m. at the Scottish Rite Cathedral, 20th and Douglas Streets. A patron party precedes the event at the Omaha Building, beginning at 5:30.

In addition to the awards ceremony—to be presented in video format— the evening will feature projected images of Omaha’s architecture, a silent auction with items hand-selected for the preservation lover, cocktails, heavy hors d’oeuvres, desserts, and, of course, engaging conversation. 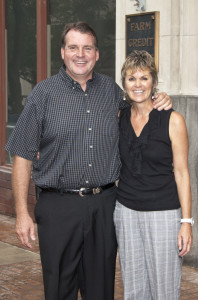 Winners of the Kimball Prize are Todd and Mary Heistand, co-owners of NuStyle Development Corporation. Todd and his sister, Tammy, started the corporation more than 27 years ago; their first projects were home restorations in South Omaha. Among NuStyle’s latest projects are some of their biggest: The Wire, a 300-unit apartment complex in the former Northwestern Bell building at 19th & Douglas, and the Highline, 196 units in the old Northern Natural Gas building at 22nd and Dodge.

“There’s just something about older buildings that people love, the history and the people they represent.”

Matt Baker has been selected as the recipient of the Young Preservationist Award, which recognizes achievement by a person under the age of 35 who makes an impact by promoting and advocating for preservation in the Omaha area. On the nomination submitted by the Minne Lusa House, Baker’s wife Brandy described Matt’s focus on preservation as teetering “between passion and obsession.” 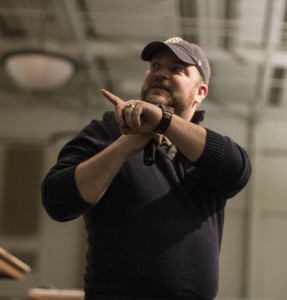 Baker led the drive to nominate the Minne Lusa neighborhood as a national district on the National Register of Historic Places. His use of social media has helped the neighborhood interact with past, present and future neighbors. Setting a good example for their neighbors, the Bakers have been working on a progressive restoration of their own home on Minne Lusa Boulevard.

Among the silent auction items that preservation lovers will want to snap up are the following: dinner for eight at the Storz Mansion; overnight getaways at the Hotel Deco in Omaha, and the Hotel Pattee in Perry, Iowa,  walking tours for four along South 24th Street, North 24th Street and Vinton Street, along with gift certificates to nearby restaurants; a Blackstone District package; and a private tour for eight of Prospect Hill Cemetery.